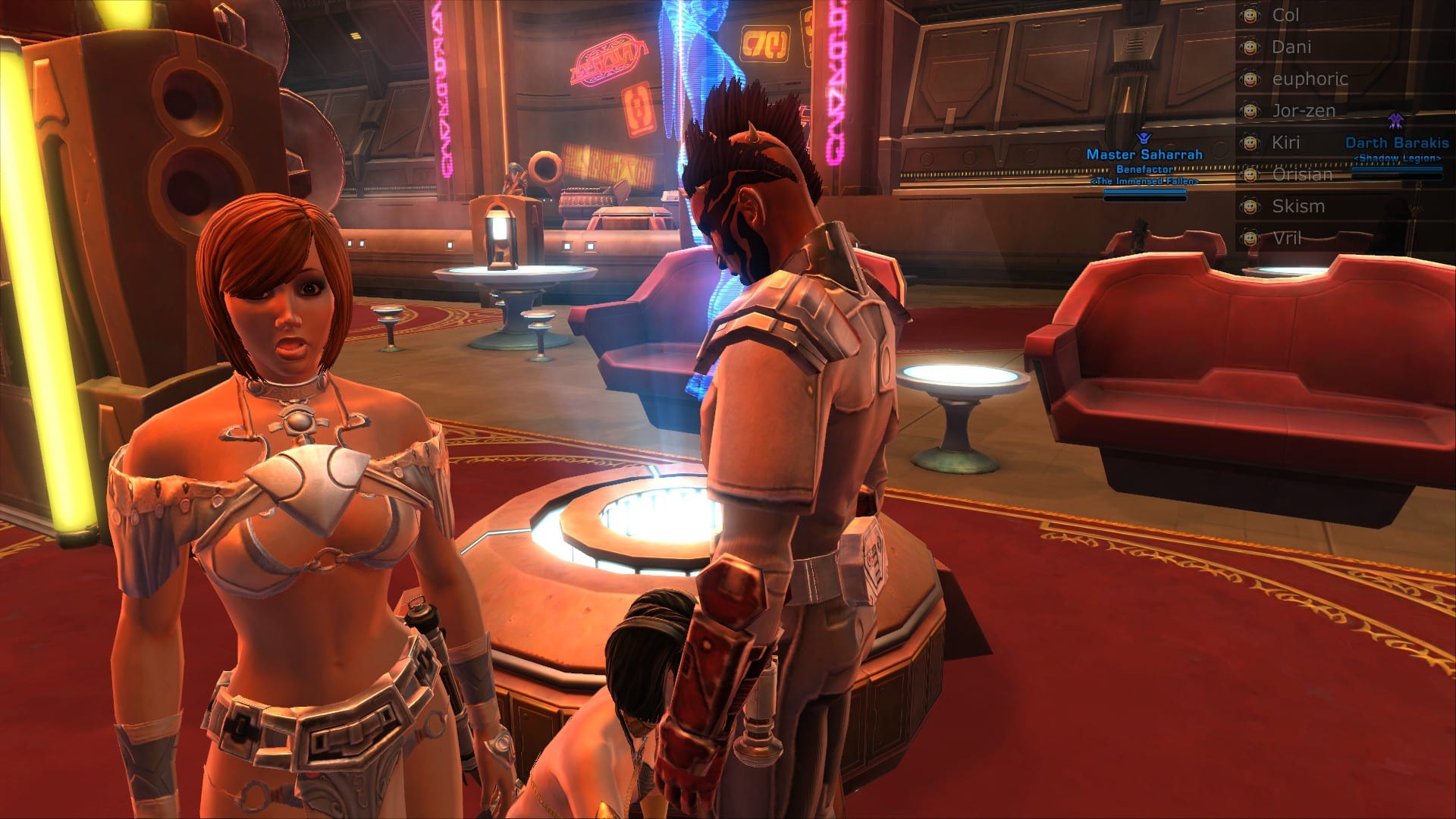 New updates on potential future SWTOR content from this SWTOR 2.0.1 data dump by Werit. As with any data dump, it’s important to remember that the data mined may not end up in the final version of the patch or update.  It’s like playing on the test realms or in a game beta; you know that much of what you see does not make it into the final version of the game, or at least not in the same format.

So take these data dumps with a grain of salt but they are fun and often, a lot of what is found actually comes out in the future patch.

Another SWTOR patch, another data dump!  I’ve expanded my data mining tools a bit, so I am grabbing even more changes than before.  There are a couple of interesting entries in this patch.  It looks like there are two new achievements for Karagga’s Place, including a timed run.  There are also a ton of new MTX items in this patch.

When talking about data dumps, we also have to mention other little tidbits that come out about the game that often were not meant to be seen or experienced by the public.

For example, there was a rumor/leak about a new feature that would allow you to message a player on their main and have their alt receive that message. Honestly, I thought it sounded pretty interested, despite some privacy concerns.

But according to this Dev post, that was not intended and will be going away anyway:

I apologize as this was not intended to be implemented, which is why we did not have a patch note for it. We can completely understand that there are some privacy concerns around this right now. If someone whispers you through your main while you are logged into an alt it will not actually show them the name of your alt unless you respond. We understand this will let them know that you are online, however, if you do not wish for them to know your alts named, simply do not respond to the whisper.

We will be working on fixing this in a future update, I will have more information as I have it.