The impressive life-size model was unveiled in New York City’s Times Square and contains an astonishing 5,335,200 bricks, making it the largest Lego model ever made. 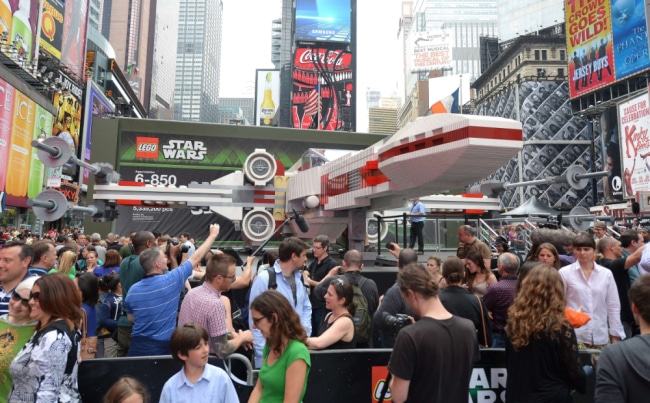 It is 42 times the size of the original Lego toy it was based on and took 32 people four months to build. 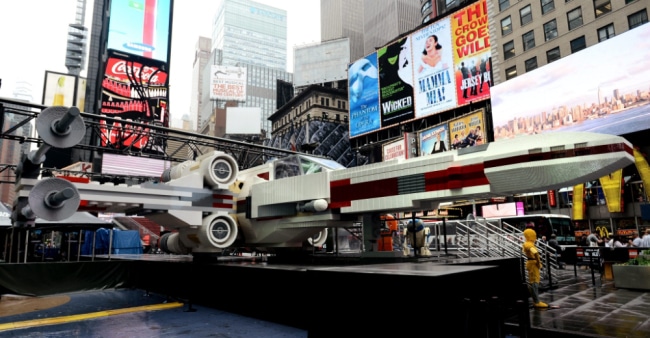 It was assembled by a team of 32 people over the course of 17,000 man-hours in Kladno, Czech Republic, on what one assumes was the world’s largest living-room floor. The X-Wing comprises 5.3 million Lego bricks, some 2 million more than the previous title-holder, a robot at Minnesota’s Mall of America. At 43 feet from front to back, it’s actually two feet longer than than the fictional X-Wing that Luke Skywalker flew into battle in the originalStar Wars movie.

“It has a steel infrastructure that’s built to the seismic code for Carlsbad,” master builder Erik Varszegi told Businessweek. “It’s really the same design as the retail set, but at 42 times the scale.”

The White House last year staunchly refused to build a Death Star despite a popular online petition to do so, citing budget constraints and an estimated cost of roughly $850 gajillion. But perhaps someone could at least build a life-size Lego Death Star so the Lego X-Wing will have something to blow up. Everyone knows the best part of playing Legos is at the end when you crash them into each other and send the pieces flying all over the room.