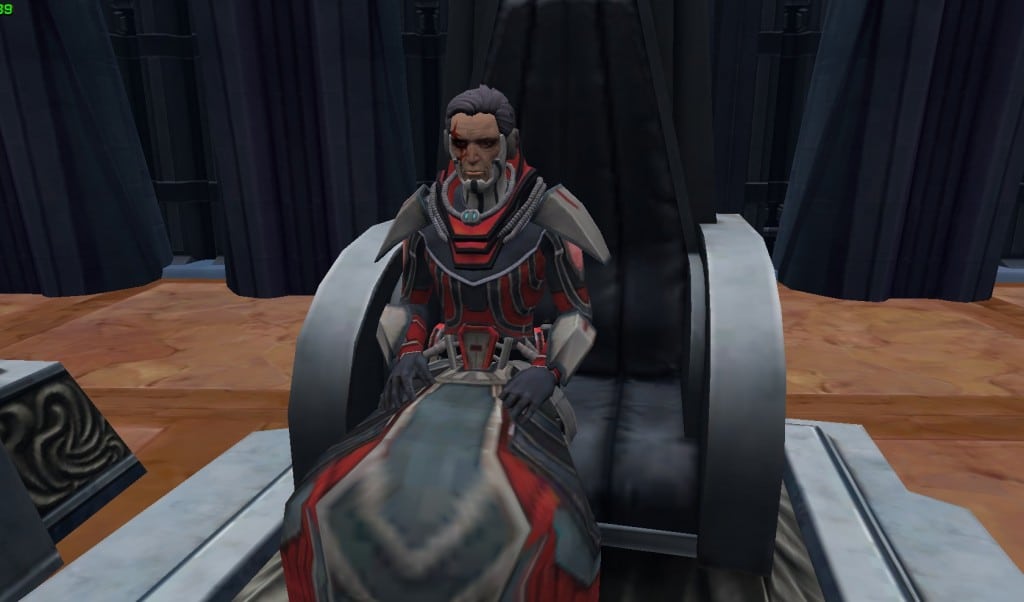 Do you use macros for SWTOR? Do you want to use them? Do you have questions about whether or not you can use macros and still follow the TOS for the game? Well you are not alone as others have been asking the same questions and we now have some clarification.

Phillip_BW (Phillip Holmes, SWTOR Head of Security) came on to the forums to clear up some questions about macros, specifically certain types of macros. So here is what he had to say:

So a number of people have asked about text macros. A couple of others (even on reddit!) have mentioned ‘colour detection to determine which action to take’ systems. I even saw a questions about sequence clicking… I even saw claims that we can’t detect anything and won’t do a thing about this issue.

Text Macros
Strictly speaking, text macro’s are against the ToS. If its for emotes etc and isn’t being used as a way to advise others of an impending attack in a Warzone (inc snow! for example), then we will turn a blind eye to an extent. If you fire off emotes too many times in quick succession of course then you will get evaluated for if you are spamming.

One click ‘enter chat, type ‘inc snow!’, hit enter’ text macros designed to warn others is completely against the ToS. You need to make a decision – do I take the time to type ‘inc snow’ to the ops group, or do I just keep fighting this person… Think of it as an evaluation on if you are using a tool that gives you an unfair advantage over somebody not using that same tool.

Colour detection and evaluated action macros
The very act of determining a colour of a pixel on screen and as a result then using a specific action is one of the easy to understand examples of what we call automation. As soon as you have two things happening based on one key press, then its against the ToS.

Sequence clicking
If you have a system set up so that if you hit the same key 4 times likes so: ‘1, 1, 1, 1’ and instead of just firing off whatever 1 is bound to it fires off ‘1, 2, 3, 4’, then as long as you keep it to ‘one key == one other key hit’ its in that grey area of not true automation. There is a caveat – you can’t have the macro determine a minimum time between clicks to work around the global cool down timing and only fire the next button in sequence if the GCD has expired.

If you instead have a system that when you hit 1, it fires of 1, 2, 3, 4 in quick succession or all at once (i.e. one click == many actions) in order to try and fire something that isn’t currently in a cool down state then yes, that is against the ToS. Again, one click must always equal one action and only one action within the game.

Detection of abuse
There are many claims based on guesswork that we can’t tell when a person is running automation for systems like field respeccing within seconds. Every time you interact with the server we log either the specific event or an aggregate of similar events firing multiple times. We can (and do!) look through those logs using analytic engines. If you want to know more about the concept, look up ‘big data’ in google – we strive to make all decisions on making changes to the game based on the data we have, and we have a lot of data.

We also use that data for game forensics – we may not react in a real-time manner for most things, but as people foolish enough to speedhack know, we can and do act based on irrefutable data.

Now, all that said, what are we going to be doing going forwards now that this issue is very much in the limelight?

Expect changes to the ability to field respec in Warzones. We were already working on this as part of some upcoming PvP updates (Bruce detailed some of that this week I believe), and we may bring the field respec changes forward – or we may just keep them where they are so to not impact the game update schedules and instead update our existing Warzone game forensic reporting to include inhumanly fast field respec events. Either way my advise if you are currently macroing within Warzones is to stop.

All in all, I think that covers it pretty well. It tells us what we can and cannot do and it definitely cleans up any ambiguity about the issue. Do you feel like this clears the issue up for you or do you still have questions and concerns?

Will this change how you use macros?