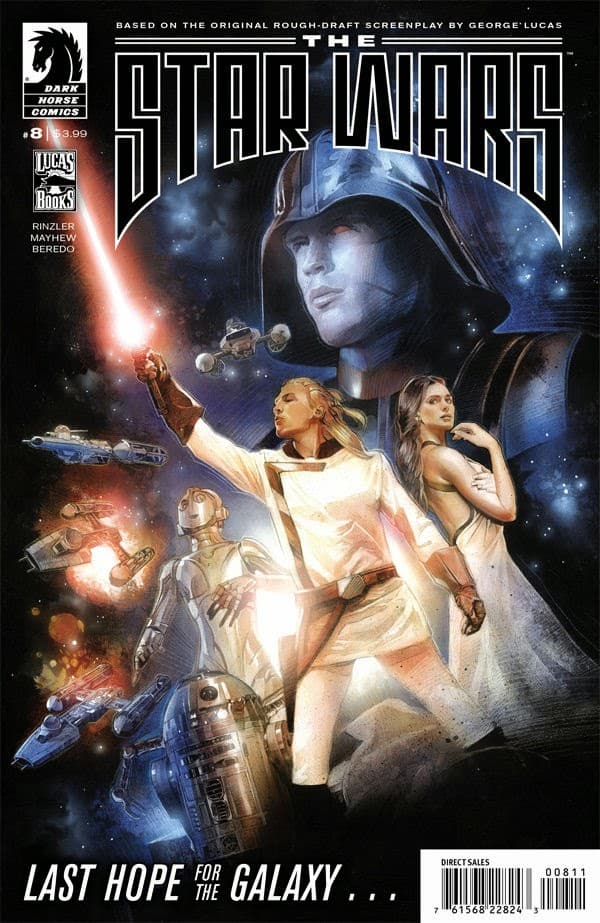 Like any work of art, Star Wars went through a number of versions before it become the story we all know and love. And if you’ve ever wondered what Star Wars was like when it was first born in George Lucas’s imagination, you’re in luck. 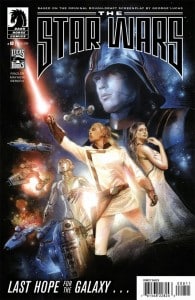 The Star Wars is a graphic novel interpretation of Lucas’s rough draft vision of what would be A New Hope (it was originally published as eight Dark Horse comics). You’ll see a lot of the characters you’re familiar with—Luke, Han, Leia, 3PO, R2, Darth Vader—but in drastically different versions. Luke is in his 60s. Han is an alien. R2 can talk.

The story itself is quite different, as well. Although some parts of the plot remained unchanged into the final form of the movie, there are some that were cut completely, and a few that were significantly changed. Lightsabers are all over the place in this version—even some of the stormtroopers carry them. 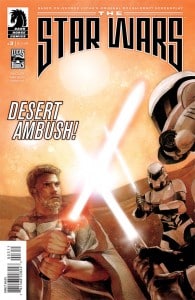 One of the things that I found most interesting was how a lot of the names, both of people and planets, didn’t make it into A New Hope, but showed up later (Utapau, for example, is seen in The Star Wars). And some of the characters that didn’t make it into the movies do seem to have influenced the later stories. 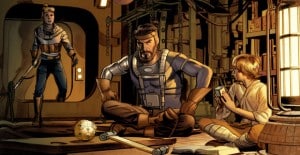 I also greatly enjoyed the section that contains notes on how the authors and illustrators took what was in the draft script and turned it into the final graphic novel. There was a lot of information missing, especially on what characters and ships looked like. They did a great job, and it’s clear that they put a lot of hard work into the final product!

It’s a quick read, and quite enjoyable—if you’re a Star Wars nerd, you should definitely read The Star Wars to gain an appreciation for the history of the series. There’s more than you might have realized!

Have you read The Star Wars? What did you think? Which parts really stood out at you? Share your thoughts below!