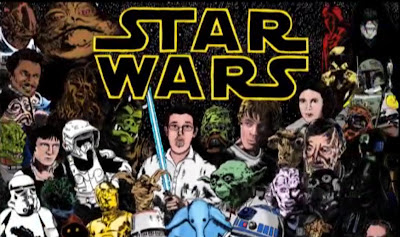 With the dawn of Technology and the age of computers, it is becoming easier and easier to be famous. Some people make videos of their kids laughing and post it on you-tube, other people dance only in their underwear for the sweet taste of fame… and than it’s those who make Mascots out of them self’s.

But within the people who create mascots… seems to be an uprising special group of people, those who I would call, Self-claimed critics… People that for some reasons plague a certain form of art industry. Some self-claimed critics rant about movies, other computer games... some are bad, some are good, but one thing is for certain… the internet critic business sure ass hell is growing fast.

I think that it’s safe to say that “Angry Video Game Nerd” is one of the first… or well, one of the first who took this form of entertainment to a whole new level. Not only is “Angry Video Game Nerd” well written and funny, it’s also well made and all in all just a High quality show (for home made standards). James Rolf also managed to create an lively and remember able character that both has some shi3 a22 awesome punch lines, and a in you’re face attitude that really works.

In this episode James Rolfe decided’s it’s time for him to take a look at some classic Star Wars games and see just how horrible and/or awesome they were.