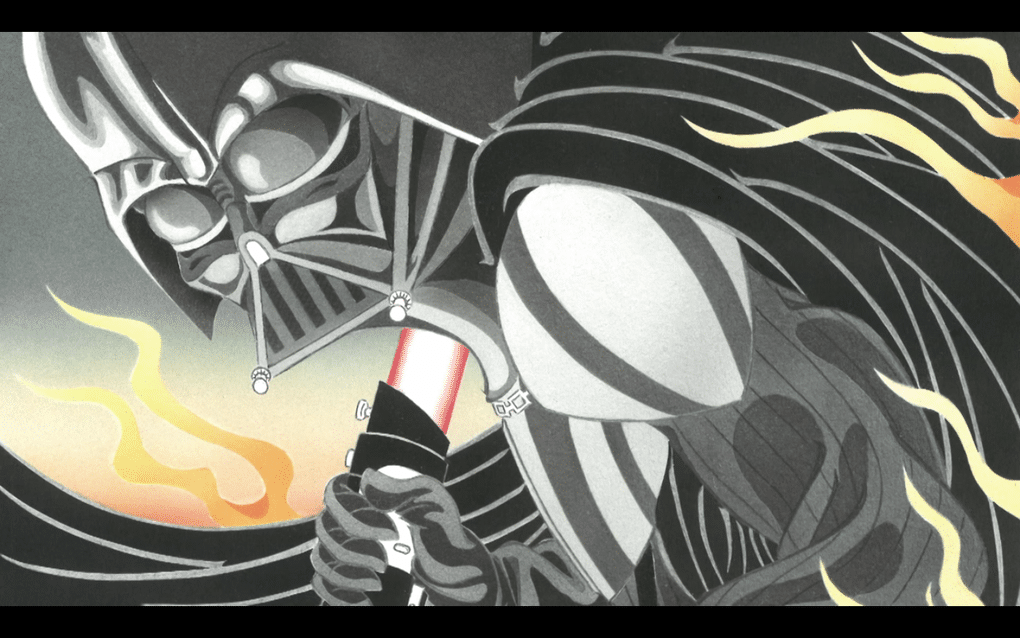 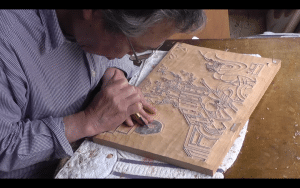 Maybe it’s because I am such a huge fan of art and Star Wars (of course) but I really love this project I came across from a Japanese crowdfunding site, Makuake. The project is for traditional woodblock prints of the original George Lucas Star Wars characters and the project far exceeded its goal. While they do not come cheap (a single print costs 54,000 yen/$434, with a set of three going for 162,000 yen/$1,303) they are worth every penny. The craftsmanship, art and patience that goes into each beautiful piece is amazing.

Most Star Wars fans will know that George Lucas was influenced by the Japanese filmmaker Akira Kurosawa and that Kurosawa’s 1958 period adventure The Hidden Fortress often cited as a direct inspiration for Lucas’ first Star Wars film so it makes sense that Star Wars could then be so easily and beautiful adapted to its Japanese roots.

These are not your typical paper prints, as you will notice. The printing style is called ukiyo-e and it was popular in the 17th-19th centuries of Japan. Typically these prints begin as paintings, then are carved into blocks of wood and the wood is then pressed into ink to create the prints. The wood may be pressed into different ink many different times to get the desired effect. You can see from the video below how much work goes into this and how beautiful they truly are.

This is just really awesome!

Here are some more images: 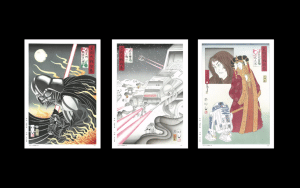 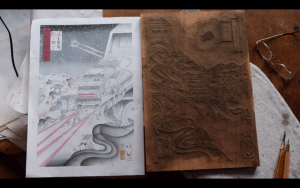 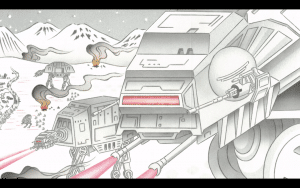 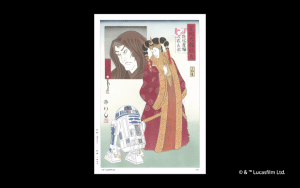 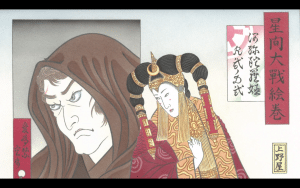