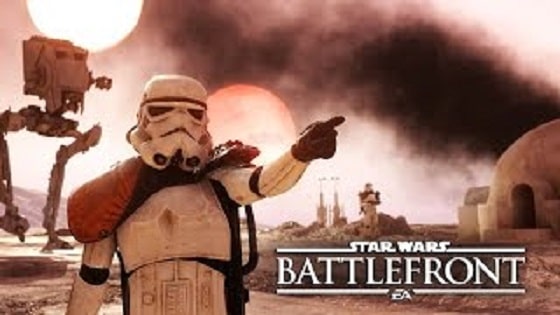 Fresh out of Paris Games Week, here is the brand new Star Wars Battlefront trailer. The trailer shows off several locations from the game as well as some of the hero characters that will be playable. Princess Leia faces off with Boba Fett, while Han Solo tries his blaster on a lightsaber-wielding Darth Vader. And don’t fear: Luke Skywalker makes an appearance, preparing for a showdown with Emperor Palpatine.

EA recently revealed a number of stats from the Star Wars Battlefront beta that are definitely worth taking a look at. With more than nine million players participating, it was the largest beta in EA game history. You can read more about all of that here. Watch the game’s most recent trailer in full below

Star Wars Battlefront will hit the PlayStation 4, Xbox One, and Windows PC on Nov. 17.

One thought to “The Star Wars Battlefront Launch Trailer is Here!”