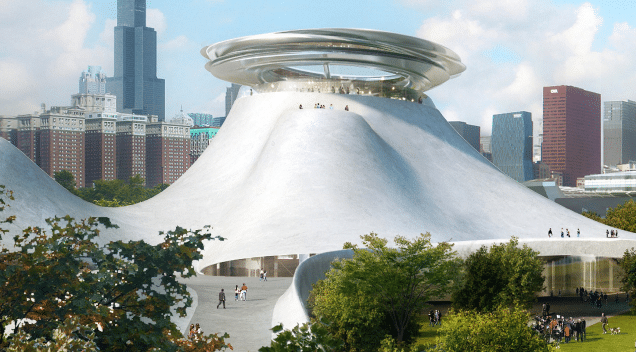 In what would have given us another good reason to visit Chicago, we now have news that George Lucas has cancelled the plans to build a Star Wars museum. The Chicago Tribune recently reported that Lucas has halted his Windy City plans to build The Lucas Museum of Narrative Art. It would seem that Lucas has spent the past two years arguing with the city of Chicago over the land the museum was to be built on. The story says that back in 2014, a group called Friends of the Parks filed a lawsuit that sought to stop the museum from being built on the Chicago lakefront. they say that anything build on the lakefront has to specifically benefit the citizens of Chicago since this land belongs to them. The Star Wars museum proposed by Lucas would not, in their opinion, specifically benefit the people of Chicago. It doesn’t make a lot of sense to me since the area is already home to another museum, a planetarium, an aquarium, a football stadium and even a concert venue. It’s a shame for Chicago because this looks like it’s going to be one awesome museum and with the Star Wars craze at full peak, it will bring a lot of business to the area as well.

In a statement about his decision, Lucas said “No one benefits from continuing their seemingly unending litigation to protect a parking lot,” and “The actions initiated by Friends of Parks and their recent attempts to extract concessions from the city have effectively overridden approvals received from numerous democratically elected bodies of government.”

So now, another undetermined city will get The Lucas Museum of Narrative Art and if it’s not going to be Chicago, I hope it’s someplace close to me.