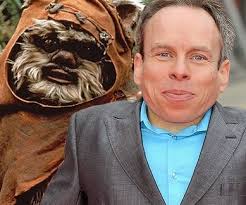 In the early 80s, Warwick Davis made a name for himself and launched his acting career as Wicket, the Ewok in the famous Star Wars: Return of the Jedi. He also returned for a cameo back in 1999 when we saw the franchise return in Star Wars: The Phantom Menace. It’s no surprise then, that Star Wars fans would be asking whether or not he’ll be back for the newest trilogy. As fans speculate over the new film and where the story will go, it’s fun to see even the smallest hints of what is to be. That’s why, then, we had to share this news about Davis returning for a role in Episode VIII.

Warwick Davis recently appeared in his first interview on Australian television and in most of the interview, he talked about how he felt about The Force Awakens, as someone who had worked on the previous films. His, however, directly asked if he will have a role in Star Wars: Episode VIII, to which he replies, “I do, yes. That’s all I can say.”

Well, we figured he’d be tight-lipped if he did know anything. These actors are contractually obligated to keep it hush hush. It’s still exciting to know there’s confirmation of his return.

We know how secretive they are about Star Wars movies and with Abrams as director, that hasn’t changed. So it’s safe to say this is all the info we’re getting, at least for now, but it’s nice to know he has been brought back into the action. It’s probably going to be a small role, perhaps another cameo of sorts, but we’re excited to see what it will be.