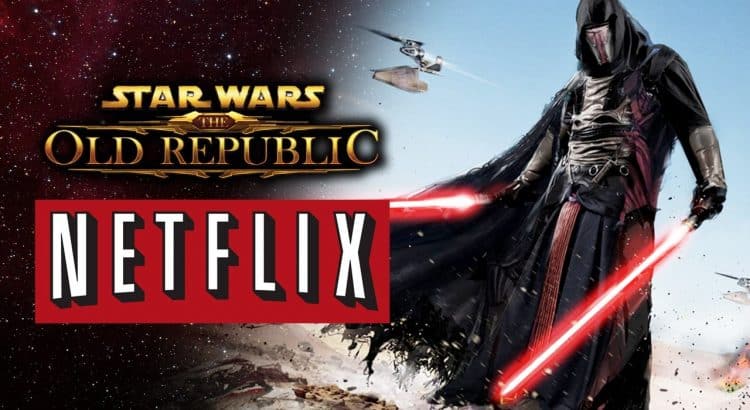 What’s better than Star Wars on Netflix? What about The Old Republic era Star Wars on Netflix ? If you’re thinking that’s as awesome as we are, then you will want to watch this video because there’s a chance it might be happening. There’s a petition going around (find it here) and see why over 100,000 other people have already signed up to make this happen.

“Why Netflix was chosen was because of the wealth of great content they have produced over the years, such as Narcos, House of Cards, and especially everything that Marvel has done and is still currently working on.  Not only that, but Netflix can serve as a platform to tell these stories as they were meant to be portrayed: dark, foreboding, and a touch on the mature side.  This can also give us fans our healthy dose of Star Wars while we’re waiting on the new movies or the new season of Star Wars Rebels.

The Old Republic era is a pivotal point in the Star Wars timeline because that’s where everything changed, from the Jedi Civil War and the fall of Revan, the First Jedi Purge, and an omnipresent darkness that not only watched the chaos from afar but also kick-started the downfall.  Our fanbase would love to see this on Netflix, and I feel that you would enjoy creating and adapting these stories as much as we would enjoy watching them. ”

If you give the video a little watch, he will explain more about the petition, and why Netflix is a great choice for a project like this.

Thanks for watching Star Wars Knights of the Old Republic Netflix TV Series Movement and New easter egg from Rogue One Trailer 3.

Submit news to Star Wars HQ and get your name featured in an upcoming video! Click here to submit news: http://goo.gl/forms/jURtQkNU5LxXmBLu2