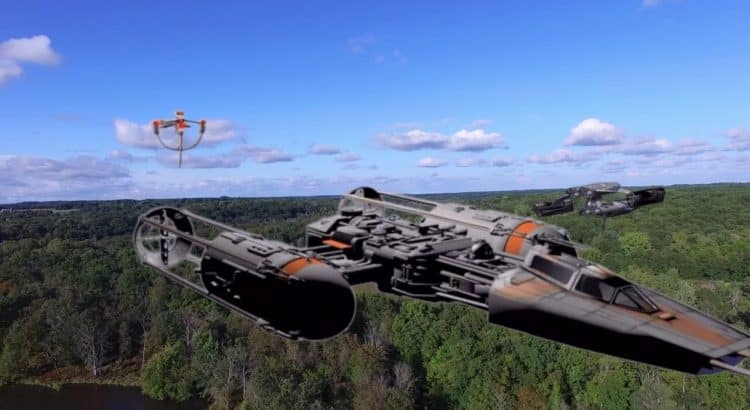 To what lengths will two teens go to convince their superfan friend that they lived a Star Wars adventure? This fun, cute Star Wars fan film will answer that question. Drew Struckmeyer brings us “Star Wars: From the Shadows” and it’s a fun little short that’s worth your time to give a look. What’s it all about? Well, you really need to watch it for yourself to get the full experience but let me give you a little breakdown.

It’s just over seven minutes long and tells a fun narrative of one guy trying to convince his young friend that he and another friend had a real life Star Wars experience. It starts off as the two play video games and young Wyatt says he “wishes” Star Wars was real. After stating that it’s “scientifically impossible” for that to happen in real life, Drew tells him a story he just can’t believe. In fact, it’s so hard for him to believe, he demands some physical proof to authenticate the story.

If you’re a regular reader here, you know that I love fan films but what I especially love about this one is the style. I love the immersive nature of mixing the Star Wars story with today’s real world, the infamous Star Wars text scroll in the beginning, and the playfulness of it all. It reminds me of The Neverending Story and similar tales from childhood where fantasy meets reality and it all blends into one fun, exciting story.