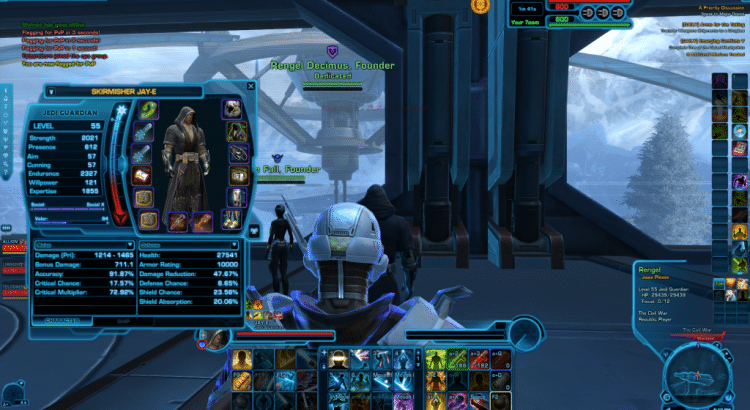 Eric Musco took on the official forums to clarify the intentions regarding the bolster changes that came with patch 5.1

For those unaware, in Game Update 5.1 we made the following change:

This change raised quite a few questions from the PvP community as to why we made the change. I spoke with the team about it and I want to start by confirming that this change is intended, let’s talk about why! When we released Game Update 5.0, Bolster was incorrectly set to Item Rating 250. The goal of Bolster is that it gives a player a minimum bar of power. That is so that they can enter PvP and not be too far behind someone who is at maximum gear, but it allows them enough room so that if they are a more skilled player, they can prevail. Still, getting gear is important and the 250 Bolster made getting any gear virtually unneeded for PvP progression.

The reason we moved Bolster down to 232 Item Rating is because of its rating relative to the best gear in the game, which is Item Rating 242. This means that someone with brand new gear entering into a Warzone is at worst, 10 Item Rating away from the best geared players. As an example, this works almost identically to how it worked prior to Knights of the Eternal Throne. During Fallen Empire, the best PvP gear in the game was item rating 208 and Bolster would raise your character to 200, an 8 rating difference. In short, the difference in power now should be almost identical to the difference that existed prior to KOTET.

That being said, part of this issue is that we did not communicate this at all to you ahead of time. Not only that, it was similarly missed in the patch notes so you received no warning at all of this change or why it happened. We messed up communicating this to you and I apologize for that. It was never our intent to hide this from you, it was just missed. I have been talking with the team yesterday and today about the changes that were missed and what procedures we can adjust to ensure we don’t miss them in the future.