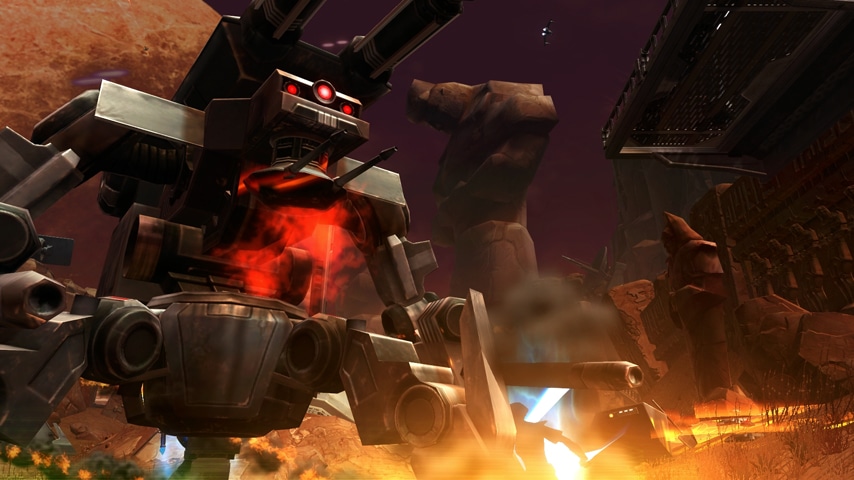 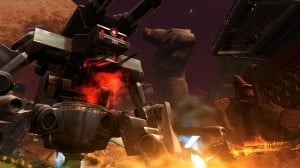 CALLING ALL FORCES TO THE SITH ACADEMY AND JEDI TEMPLE!

We are very excited to see the release of Game Update 2.7: Invasion today. In addition to many bug fixes and other updates, we also get to experience some great new content. We get a new story arc: Forged Alliances, new Flashpoints, Nightmare Mode for the Dread Fortress, Ranked Warzone Season 1 ends and you can start pre season for season 2, and we see Quesh Huttball Put, a new warzone that looks to be a lot of fun.

Bounty Contract Week will be making a comeback and there is a new Galactic Starfighter Domination Map: Denon Exosphere.

We believe this game update captures some of the key elements that make Star Wars™ special: the struggle between galactic factions; engaging in dangerous and difficult trials that push you to the limits of your abilities; and being part of an epic storyline. Read on for highlights from this major update!

A new story arc begins with Forged Alliances: Part I, which includes two new level 55 Tactical Flashpoints: Assault on Tython and Korriban Incursion. This epic new storyline for Star Wars™: The Old Republic™ introduces two major characters – Theron Shan and Lana Beniko. The three part story will continue to be expanded throughout the year culminating in an incredible finale.

The Official Game Update post also tells us much more about what we can expect. Here is a snippet and there is also a video:
NEW LEVEL 55 FLASHPOINTS: PREPARE TO INVADE TYTHON
OR KORRIBAN

Jump into two new Flashpoints on Tython and Korriban and embark on an exciting new Level 55 story arc “Forged Alliances,” where the galactic conflict between the Empire and the Republic takes center stage.

Prepare to invade the enemy’s land and then defend the Jedi or Sith home worlds as you meet a host of new intriguing characters, including the adventurous Theron Shan, the son of Jedi Grandmaster Satele Shan, and a sophisticated Sith Lord named Lana Beniko whose passion lies in unravelling secrets behind the enemies of the Empire.

Baron Deathmark and the magnificent Giradda the Hutt are expanding the brutal game of Huttball to Quesh! This new PvP Warzone’s vertical layout means you and your team will need to work together to climb up structures instead of across a field to score points. Use the new “grappling blasters” located throughout the ground to propel yourself to the level above. Happy climbing!