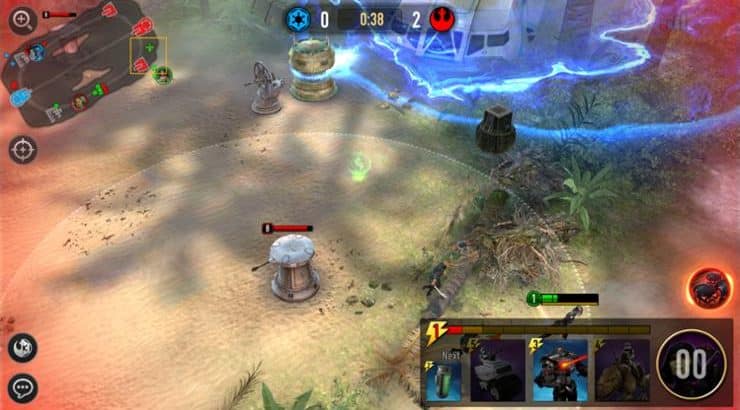 Netmarble Games ( The guys behind Star Wars: Force Arena) released an optional update for the game.
This update will address the following issues:

Star Wars: Force Arena is a mobile real-time PvP game/multiplayer online battle arena game by Lucasfilm Ltd. and the Korean app company Netmarble Games, featuring characters, locations, and technology from the Star Wars saga up to and including Star Wars Rebels and Rogue One: A Star Wars Story. Sixty-five characters were available at release. The game mainly focuses on the Galactic Civil War. It received a 4/5 rating on the Apple iTunes App Store.

Not from a simp