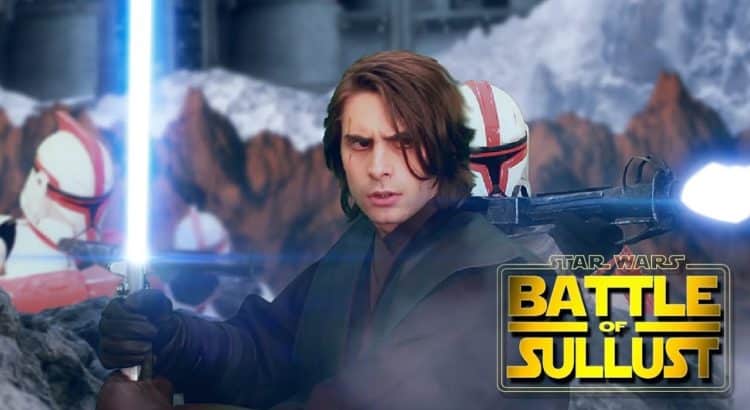 Ah, fan films… one thing that brings the Star Wars community leap years ahead of other fanatics. We love our Star Wars stories, games, and lore. And it shows in the sheer amount of fan films that are out there, along with the production quality and the time that gets put into making them.

In Battle of Sullust, we get to experience an awesome fan film with great CGI, music, story backdrops. It definitely feels like a fan film, but this isn’t a bad thing, since if you’ve been a regular here, you know I love them.

This story takes place moments before the events in Star Wars The Clone Wars: Nightsisters. Anakin Skywalker joins in the battle for Sullust against the Separatists, offering help to the soldiers of the 144th Legion after they were stranded on the battlefield after the death of their general. This battle is important because the Republic must save the inhabitants but as the war progresses the planet is destroyed.

It clocks in at under 10 minutes long so it’s really easy for you to squeeze in a watch and I do think you’ll enjoy it. Catch it here when you’re ready:

Give it a watch yourself and let us know what you think in the comments.