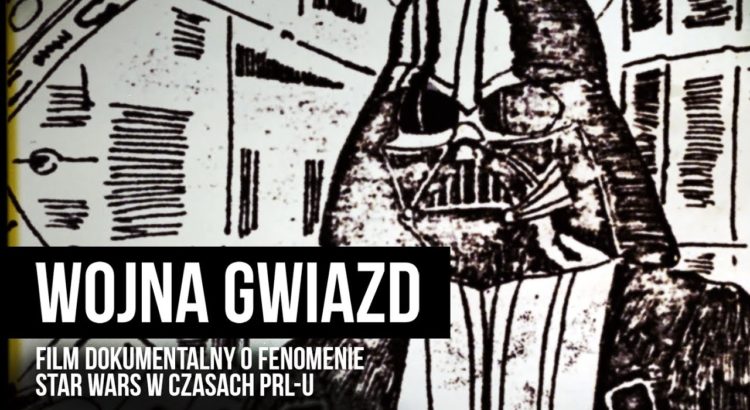 What does Star Wars mean to you? For many of us, it reminds us of our childhoods. It brings happiness, it brings nostalgia, it’s a story of hope, and a story of good triumphing over evil.

For many people, it was and still is a way to escape for the real world. It’s a way to get lost in the fantasy, the drama, the lightsaber fights, and it’s an epic tale of hope and forgiveness. In the Polish fandom, it means all of that and more.

The Iron Curtain was the political, military, and ideological barrier erected by the Soviet Union after World War II to seal off itself and its dependent eastern and central European allies from open contact with the West and other noncommunist areas.

Although it seemed as if the Iron Curtain’s restrictions were a bit relaxed after Stalin died in 1953, what many people don’t know is the Berlin Wall’s construction reinforced them in 1961. It was only in 1991 when the Cold War ended and the one-party communist rule in Eastern Europe was abandoned that the Iron Curtain ceased to exist.

This had a big impact on the people of the area and how they experienced the world, which was much differently than the rest of us. This documentary by Wojna Gwiazd covers that in length. Here’s more about the project.

War of the Stars” is an independent documentary about the Polish version of the phenomenon of “Star Wars” in the 70s and 80s, when Poland remained under the power of the communists and was called the Polish People’s Republic.

Science-fiction fans had restricted access to original materials related to their favorite hobby. At that time, the most interesting phenomena in the field of culture were manifested outside its mainstream, and lovers of pop culture tried to copy patterns penetrating the iron culture, acquiring them in ways that were not always legal.

It is a time of exceptional creativity, creating fanzines, organizing clubs and making toys, books and other items, as well as smuggling and illegal bazaar transactions.

The authors of the film set themselves the goal of gathering and consolidating the fullest possible knowledge of the events related to the genesis of the Polish Star Wars fandom at the time, and build their narrative based on numerous sources they managed to reach and interviews with competent persons – both researchers of related topics and participants of the described events.

See how Poles coped with difficult conditions, implementing their hobbies and what gadgets from Star Wars were created in a completely different world than the one in which we are lucky to live today.

See if for yourself here:

Be sure to support their good work and tell them how much you appreciate the video. Keep up to date with the project and more via their Facebook page.