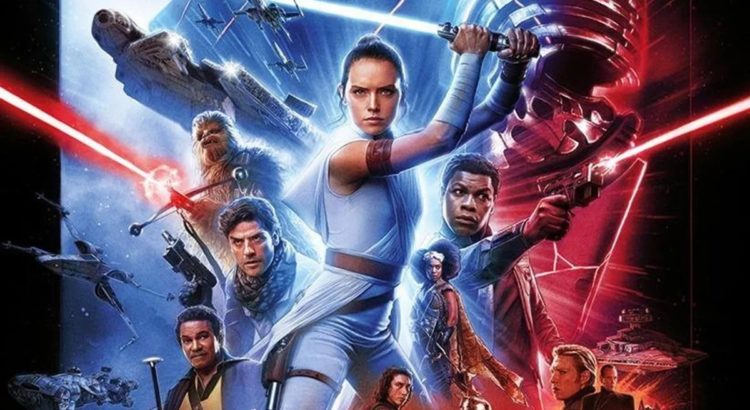 All the hype that came with the original cinema release of ‘The Rise of Skywalker’ seems like it was a long time ago now. It wasn’t, of course – it’s only been six months – but the world has changed so much since then that it might as well have happened in a different lifetime. When you cast your mind back, though, you’ll remember that everyone had very strong opinions about the film, just as they did with ‘The Last Jedi.’ Some people loved it. A lot of people hated it. If we went back and watched it again now, free of all the hype and expectations, would our opinions of it change?

The question is worth asking now, because now is the time to allow yourself a second viewing if you haven’t seen it for a while. On May 4th (the day that the world has happily adopted as ‘Star Wars Day’), the movie became available for streaming for the first time on the Disney Plus network. The Disney service functions in a manner similar to an online slots website, in that all the entertainment you’re looking for is gathered together under one central account and you can navigate between the entertainment you’ll find there freely. It’s also like an online slots website in that a lot of it is very random, and sometimes things don’t land exactly where you’d expect to find them! Online slots aside, though – although there are a couple of ‘Star Wars’ themed online slots available online if that’s your thing – Disney Plus is now where you’ll find every ‘Star Wars’ movie ever made.

We think – and this is just our opinion – that ‘The Rise of Skywalker’ benefits from a second viewing when you already know what’s coming. The first time we watched the movie we were so shocked by the sudden return (resurrection?) of Emperor Palpatine that it was difficult to process the rest of the plot. We still don’t know whether it was a good idea to include him or not, and we’re even less sure it was a good idea to make him the grandfather of Rey. Sheev Palpatine was dead. Very, very dead. We all saw it happen. We didn’t even get a satisfactory explanation of how he could still be alive in the movie other than a passing suggestion that he might have been a hitherto-unmentioned clone. As for how Rey becomes part of his bloodline – well, you need a chart to work that out.

The other thing that rankled with viewers at the time is that the final movie in the ‘Skywalker’ series felt like a deliberate unpicking of several of the ideas that had been posited in ‘The Last Jedi.’ Don’t get us wrong on this front – we know that ‘The Last Jedi’ was every bit as controversial as ‘The Rise of Skywalker’ is, but making so much effort to twist the narrative with ‘The Last Jedi’ only to twist it back with ‘The Rise of Skywalker’ is both jarring and illogical. Some fans – very vocal fans at that – hated ‘The Last Jedi’ so much that they threatened to boycott the final film. They didn’t, of course, and they were never really going to, but they generated so much bad press that it seems like the studio got cold feet about the planned direction of the final film and changed course. We don’t know how you feel about it, but in our eyes, that’s a classic case of “two wrongs don’t make a right.”

‘The Last Jedi’ was a brave film. It upset some fans because it tried to do something new. Luke Skywalker wasn’t presented as the happy, zippy Jedi superhero that he was in his youth, and nor should he have been. Forty years have passed, and he’s seen a lot of loss during those years. We were told, at the time, that Rey’s parents were nobodies. Wasn’t that a better move than having yet another ‘star child’ born to save the galaxy? Wouldn’t it have been a more aspirational tale if the woman who grew up to save everybody wasn’t born to nobility, or to destiny – she was just someone whose heart was in the right place, and wanted to help? Yes, the film played for laughs in places, but so has every ‘Star Wars’ movie. It seemed like a lot of fans forgot that while watching ‘The Last Jedi.’

Instead of getting a sequel to ‘The Last Jedi,’ what we got in ‘The Rise of Skywalker’ was a re-set. ‘The Last Jedi’ no longer mattered, and the story returned to the formula of the first three films. Rey had an all-important backstory after all. Luke effectively took on the part of Obi-Wan Kenobi. We even got a returning retro villain to take a final bow, regardless of whether or not it made any sense for him to do so. The film doesn’t feel as deep or as important as ‘The Last Jedi,’ but nor is it the complete car crash that many people wrote it off as when it was released. It was never going to please everybody. It definitely wasn’t going to please everybody in the ‘Star Wars’ fan base, which is notorious for writing its own headcanon and then getting upset when what plays out on screen doesn’t match up with what happened in the stories inside their own minds.

If you switch off your expectations and make peace with knowing what’s about to happen, ‘The Rise of Skywalker’ is a fun ride to go on, and is very much in keeping with the spirit of the original films. It’s not a totally satisfying end to the story, but then it’s hard to picture what a totally satisfying end to the story would look like. If you walked out of the movie theater hating the film last December, now is the time to take a second look with fresh eyes and see if there’s some joy in it that you missed the first time around. If that doesn’t work, at least you can stream the original trilogy while you’re there to get over it.