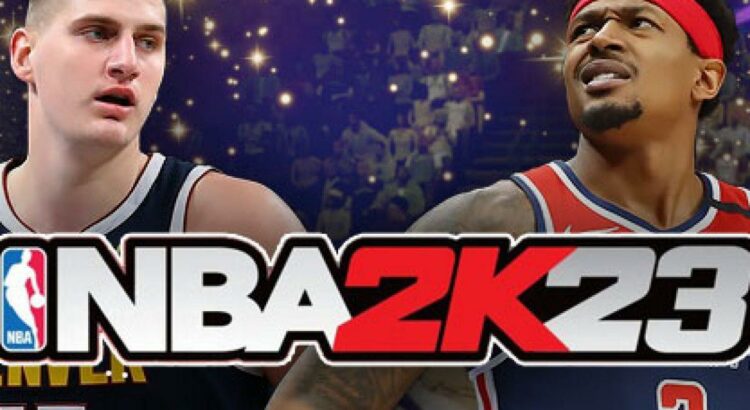 Although we do not know the exact release date of NBA 2K23, we have made the following guesses and conclusions based on the habit of 2K Games to release a new generation of NBA 2K in previous years and the information we have so far.

If traditions remain intact, the first NBA 2K23 announcements could come in June or July. Last year, 2K Games teased NBA 2K22 in July. Before that, NBA 2K21 was confirmed in June 2020, while the first trailer for NBA 2K20 arrived in July 2019.

NBA 2K23 will be the top sponsor for the NBA Summer League in Las Vegas on July 7. Based on this, we can be sure that 2K Games will officially announce the release of NBA 2K23 around that date.

It’s also worth noting that initial NBA 2K announcements are usually very detail-oriented. We better not expect 2K Games and Visual Concepts to reveal much of the game early on. Just stay tuned!

We also didn’t see any Early Access last year, so we won’t necessarily be able to play NBA 2K23 before the official release date. In the past, 2K Games has provided an early release date for those who purchased the Deluxe Edition.

Based on what platforms NBA 2K22 is available on, we can guess that NBA 2K23 will also be available on current-gen platforms, including PS4/5, Xbox One or Xbox Series X/S, Windows PC, and Nintendo Switch. Perhaps we’ll see NBA 2K23 support for more platforms in the coming year. So if you’re a big fan of the NBA 2K series but don’t have an Xbox Series X/S or PlayStation 5 right now, don’t worry about not getting it.

Based on the cover stars on various editions of NBA 2K22, we can guess that there should be multiple cover stars for NBA 2K23. 2K Games should announce specific candidates before the release of NBA 2K23.

So who will it be?

2K Games may also pick a few players as cover stars in the 2021-2022 All-NBA First/Second/Third Team. There should also be WNBA stars on the cover of NBA 2K23 again.

As we all know, NBA 2K22 is available in three Editions, priced from $59.99 to $99.99. The higher the price, the richer the reward. Usually you get some NBA 2K VC, NBA 2K MT, cosmetics, player cards or other props. NBA 2K23 should maintain similar pricing as well. We might see some NBA 2K23 deals early on, but most NBA 2K23 deals will likely arrive around Black Friday in November, the December holidays, and around 2023.

Pre-orders for NBA 2K23 will begin when the publisher announces the game and edition. Based on NBA 2K22’s pre-order rewards, if this year’s NBA 2K23 is priced higher than NBA 2K22, then the pre-order rewards we receive will be richer, but the types should be similar.

As in previous years, it will take a while for 2K Sports and Visual Dynamics to run out of features in NBA 2K22. We want NBA 2K23 to be a little more open this year. We need to keep looking forward. When you want to learn more, you can follow GameMS.com to get the information you want.

2K once released a brief demo of the next NBA 2K game ahead of the official release date. The demo will let players try a portion of the game before deciding whether to buy the full version. Unfortunately, the company declined to provide a demo of NBA 2K22, years after it was offered. We don’t know if a similar situation will continue in NBA 2K23.

Most players should be happy to see 2K join forces with other companies and do away with the annoying microtransactions in the game. But as a cash cow for 2K Games, virtual currency (VC) is expected to return in NBA 2K23. At the same time we should not also ignore the importance of NBA 2K23 MT. Every year, there are people who surpass most regular players by buying a lot of NBA 2K MT. And this September, you can buy NBA 2K23 MT to get this goal. A two-pronged approach is one way to win.

If you plan to play NBA 2K23 on PC, you need to pay attention to the game’s minimum and recommended specs. Unfortunately, those details won’t come until we get closer to the official launch. So it might be a good idea to hold off on booking until those details arrive. But what we can do is to ensure that our computer configuration can run NBA 2K22 smoothly and stress-free, so that NBA 2K23 can be played almost as well.