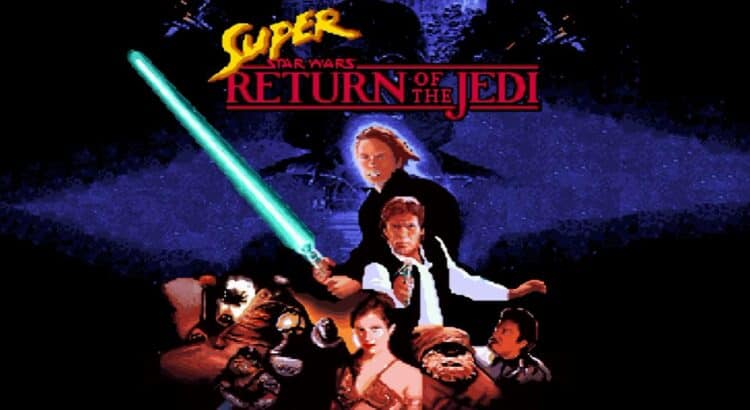 The game follows the story of the original Star Wars trilogy, with the player controlling characters such as Luke Skywalker, Han Solo, and Princess Leia as they fight against the Galactic Empire and Darth Vader. The gameplay consists of a combination of platforming, shooting, and puzzle-solving, with players using a variety of weapons and abilities to defeat enemies and progress through the levels.

One of the standout features of Super Star Wars: Return of the Jedi is its detailed and faithful depiction of the film it is based on. The game features high-quality graphics and sound, with character models and environments that accurately recreate the look and feel of the Star Wars universe. The game also includes cutscenes that closely follow the plot of the film, adding an extra layer of immersion for fans of the series.

In terms of gameplay, Super Star Wars: Return of the Jedi features a variety of levels that range from fast-paced shootouts to more puzzle-oriented challenges. Players will use a variety of weapons and abilities, including lightsabers and blasters, to defeat enemies and progress through the levels. The game also includes boss battles against iconic Star Wars characters such as Darth Vader and the Rancor.

One of the more challenging aspects of Super Star Wars: Return of the Jedi is its difficulty level. The game is known for its unforgiving nature, with players often having to repeat levels multiple times in order to progress. However, this difficulty also adds to the game’s replay value, as players will want to come back and try to beat the game using different strategies and techniques.

In addition to the main campaign, Super Star Wars: Return of the Jedi also includes a number of bonus features and unlockables. Players can collect power-ups and other items throughout the game, which can be used to unlock new characters, weapons, and abilities. There are also a number of hidden levels and secrets to discover, adding an extra layer of replay value to the game.

Overall, Super Star Wars: Return of the Jedi is a must-play for fans of the Star Wars series and retro gaming. Its faithful recreation of the film and engaging gameplay make it a classic game that has stood the test of time. While it may be challenging for some players, its replay value and unlockables make it well worth the effort.