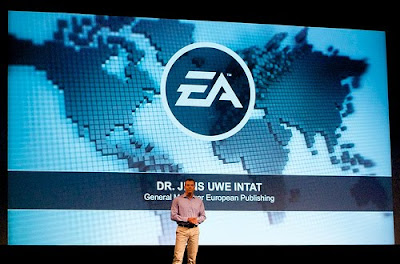 Though this should come as no surprise to anyone, Eurogamer is reporting that Star Wars: The Old Republic is EA’s largest ever project. Their text:

BioWare’s Star Wars: The Old Republic is the most expensive game ever created at EA.

The publisher’s chief banker Eric Brown described the MMO as the “largest ever development project, period, in the history of the company””.

He said a packaged game usually costs around $30m to make at EA, but “any MMO costs significantly more than that”.

When asked by a member of the Wedbush Morgan Securities audience in New York today how the cost compared to World of Warcraft, Brown said Blizzard spent “$100 million, perhaps more” to ship the game in 2004.

“That’s lifetime [research and development] to actually ship it and obviously then there’s maintenance subsequent to ship and expansion packs,” Brown added.

These days, WOW makes around $100m a month from subscriptions. EA no doubt hopes SWTOR will recoup costs in a similar fashion.

EA is steering Star Wars: The Old Republic towards a spring 2011 release. Take that with a pinch of salt, as these things slip.

I can see how that might make one nervous; developing a triple-A MMO is clearly risky business.

[link] to article at Eurogamer.