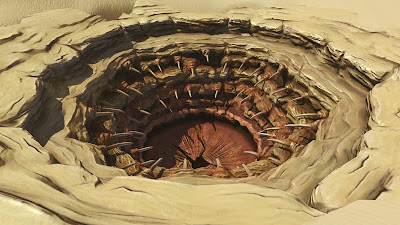 It’s april fools day, and Bioware has a great one for us – Sarlacc Enforcer, Devourer of Injustice

For thousands of years, the brave souls who answer to the name Sarlacc have been the ultimate authority on final judgment in the galaxy. A perfect combination of ruthless efficiency and calculated precision, the Sarlacc Enforcers make sure the galaxy’s trash doesn’t have a chance to pile up.

Access the latest HoloNet entry now to see a full profile of the deadly Sarlacc Enforcer, including combat footage of the Sarlaccs in action! 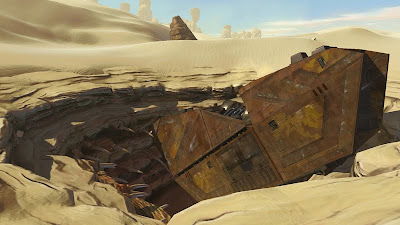 The galaxy is filled with every sort of riffraff, refuse and space trash imaginable. For thousands of years the brave souls who answer to the name Sarlacc have made sure it doesn’t pile up. As deadly as they are misunderstood, these determined individuals are the ultimate authorities on final judgment in the galaxy. A new definition of pain is waiting for anyone who would dare cross one.

Contrary to popular belief, a Sarlacc is much more than an extreme omnivore – a misconception the cunning Sarlacc have been exploiting for thousands of years. Frequently, a Sarlacc will act as a mercenary-for-hire, contracting their services – and their tentacles – to underground groups needing extra muscle. Occasionally, one will pose as a trophy pet of an egotistical Hutt gangster, capitalizing on the perfect disguise as they zero in on their targets.

But the Sarlacc aren’t just opportunistic scavengers waiting for a free lunch; they are paragons of patience and planning, always waiting for the right moment to pounce on their quarry – even if it takes one thousand years. A Sarlacc has no trouble keeping their sights on a target that has long since forgotten them. Revenge is a dish best served cold, and no one serves this dish better than a Sarlacc.

Most Sarlacc have learned more about the galaxy than most other professionals could hope to learn in ten human lifetimes. Not only has an average Sarlacc done everything under the double suns, many techniques that are synonymous with other professionals were innovated and perfected by a cunning, resourceful Sarlacc.

Every Smuggler knows that one dropped shipment could lose him respect – and a year’s worth of credits, but only the insane would search for contraband cleverly stashed in the belly of a Sarlacc. Imperial Agents breaking the will of interrogated prisoners rely heavily on techniques handed down to them by the Sarlacc – who are known to telepathically torture information out of their most reticent victims. Jedi Knights train for years to master The Way of the Sarlacc, Shii-Cho Lightsaber form as the foundation of their amazing combat prowess. Consulars of the Jedi Order spend long hours meditating on Sarlacc to develop the dissonant serenity that keeps them calm in the midst of chaos. Bounty Hunters – a Sarlacc delicacy – have perhaps benefitted most from developing contacts in the Sarlacc Underground; it is here that hunting and trapping are brought to new heights and Bounty Hunters learn to become great, or die. No team would have the skills it needs to survive its mission without the practice and invention of a dedicated Sarlacc. 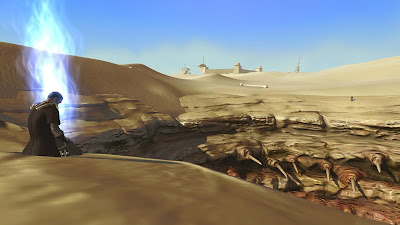 And their is more:

Traditional wisdom dictates that to lessen the chances of a run-in with a Sarlacc you need only avoid remote sandy places with big holes in the ground (e.g. the Great Pit of Carkoon). As the Sarlacc feel the pain and pressure brought by the Great War, many of them are taking more active roles in galactic affairs. In this age a careful observer may notice a Sarlacc doing population control to help maintain the balance of a fragile Outer Rim ecosystem, arbitrating treaty disputes, and lobbying for a dock workers guild in the Galactic Senate. There has been some speculation that Sarlaccs have an innate Force sensitivity, however because of their extreme age, none have been considered trainable by either the Jedi or the Sith. Collectively, they may represent an unallied sect of Force users. 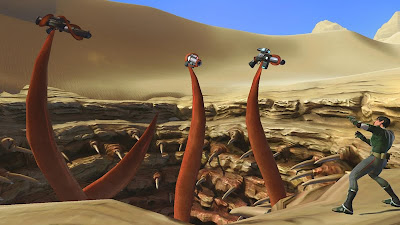