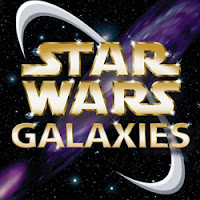 Fresh from bringing you the news that LucasArts and Sony Online Entertainment have decided to pull the plug on Star Wars Galaxies (and rightly so in my opinion), we can now follow up with this slightly unhinged response to the news from Youtube user GoofyGrrl.

GoofyGrrl, a long-time player and fan of the MMO game, is clearly upset at the news, having dedicated six years of her life to playing, and obviously felt compelled to air her grievances to the world. So, with her webcam switched on, and her skimpiest vest-top sought out, she had what psychotherapists might call a full-on breakdown. Way to go. And even better she blames the death of Galaxies on the appearance of the clearly vastly superior SWTOR for this Doomsday announcement – entirely missing the point that the new game would have rendered its predecessor redundant anyway.

Two points spring up at this point: firstly, kudos to GoofyGrrl for managing to use a modern webcam to achieve a look akin to that of a mid 1990s Eastern European cam-corder. And secondly, the reasonable human being within me hopes that this is staged, though a cursory glance through her other videos doesn’t fill me with confidence. But she seems a little too composed to be really upset – anyone who has had dealings with hysterical women will testify that there plainly isn’t enough wailing or snot.

But if it is real, I fear this particular SW fan might be a lost cause. Here’s soem advice GoofyGrrl: maybe turn your computer off, and go and play out with some real human beings for a little while. The world will seem a much better place after that…