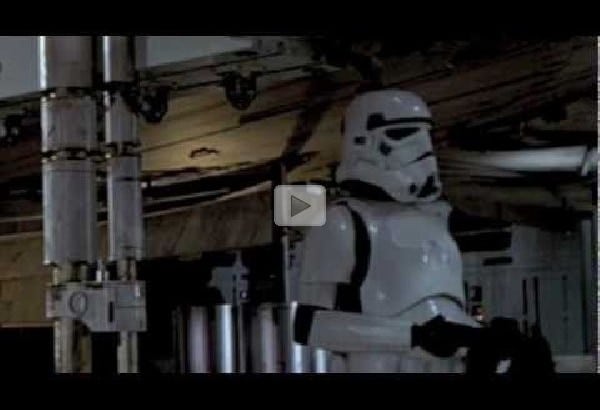 Ever since the internet allowed fans to start sharing their own takes on scenes from their favorite movies, a number of fan re-edits have appeared to various successes. The most infamous example of course was The Phantom Edit, in which some Mike J Nichols re-jigged The Phantom Menace, “fixing” scenes featuring Jar-Jar Binks, removing the Battle Droid dialogue and generally recutting the film to match the style of the original trilogy, to resounding success. But there are others, ranging from full recuts to humorously re-edited single scenes like the one below.

YouTuber OneMinuteGalactica – who also edited the Existential Star Wars clip we brought you a while back – has this time turned his attention towards the Imperial scanning crew sent onto the Millennium Falcon to search for anything untoward. Obviously in the film, they last roughly ten seconds before tasting Wookie knuckles, but OneMinuteGalactica’s cut ask an important question: what if they hadn’t been such push-overs?
The result is pretty damn funny…