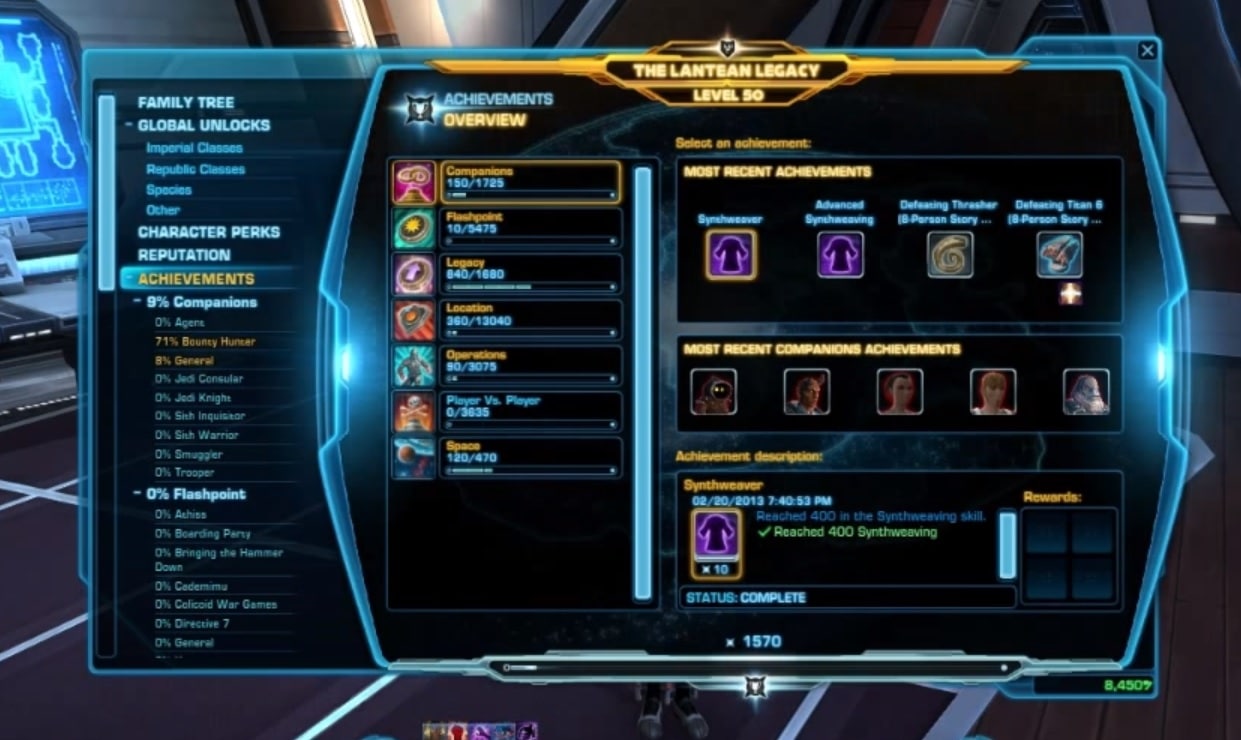 One exciting feature coming to SWTOR in patch 2.0 is the Legacy Achievements. MMORPGs are especially prone to building these new achievements to add more to the game. It’s a popular feature, especially in games in the past 5 years or so. It’s no surprise that SWTOR has them, too but the new update will have Legacy Achievements, meaning you don’t get them on just one character but on all of your characters who share a legacy.

The interface for the Legacy Achievements is found in your legacy panel right below the reputation tab. This will allow you to see your progress as you complete tasks. There are seven major categories in which you gain achievements:

Companions – Each companion has three achievements to unlock that lets you gain certain amounts of affection with them.

Flashpoints – There are also achievements for completing Flashpoints in various difficulties and for defeating individual bosses.

Legacy – This also gives achievements for reaching valor, legacy ranks, as wells as ranking up crew skills, leveling up and much more.

Operations – You are also awarded for completing Operations on varying difficulty levels and defeating individual bosses.

Player vs. Player – SWTOR has map-specific achievements, which include getting large critical hits/heals, getting a certain number of kills, solo kills, killing blows.

Space – There are also achievements available for completing space missions in various difficulties and for completing all bonus objectives within missions.

Then there is also something called your “Prestige Score” which is an overall achievement rank that includes all of the above. This is found on the front page of your achievements panel. You build this score with every achievement you get, regardless of the category that it falls under. So the more you do in SWTOR, the more you build your scores.

Have you tested it out on PTS yet? What do you think of the Legacy Achievements?