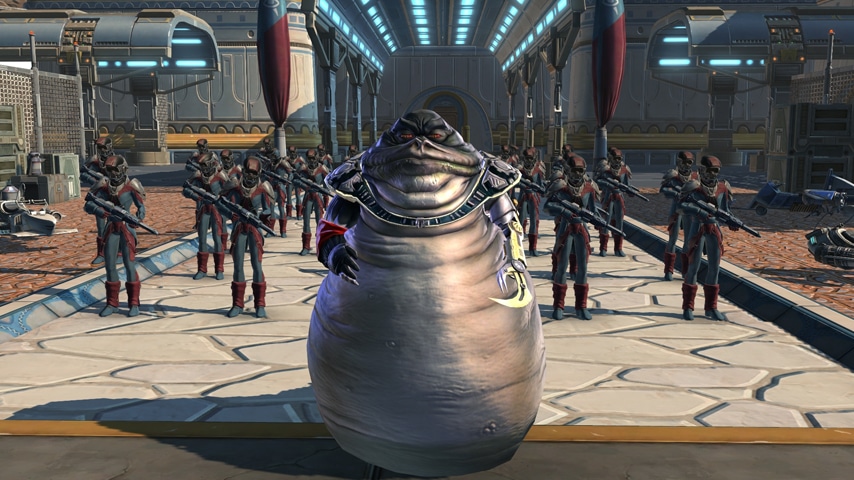 BioWare posted a new Star Wars: The Old Republic developer blog yesterday, that detailed the process of creating the planet Makeb, an all-original addition to the Star Wars universe coming in the Rise of the Hutt Cartel digital expansion.

Makeb will be  a beautiful world peppered by towering geological formations, but it has been ravaged by ecological disaster and is a hostile environment. The Hutt Cartel are the main antagonists on Makeb, and the story takes in a rare instance of the Republic overcoming the Empire.

For the official blog post, please visit this link or check out a snip below:

Early on, we seized on the idea of a beautiful planet that’s being ravaged by ecological disasters. A place that would normally seem serene and welcoming, transformed into an environment that feels like it could fall out from under you at any second. With that goal in mind, we designed the entire planet to support the “disaster world” experience.

All of Makeb’s livable space is located on top of massive, towering stone mesas. This gives it a unique geography compared to our existing planets and provides for some breathtaking views, but it also begins to feel very precarious when a series of devastating “groundquakes” begin to strike. These beautiful stone mesas start to feel like death traps, constantly on the verge of collapsing into the seemingly-bottomless mists below. Entire cities are split in half, with massive fault lines torn directly across streets and through buildings.

But of course, having an entire world that seems bent on destroying the player isn’t nearly enough of a challenge… 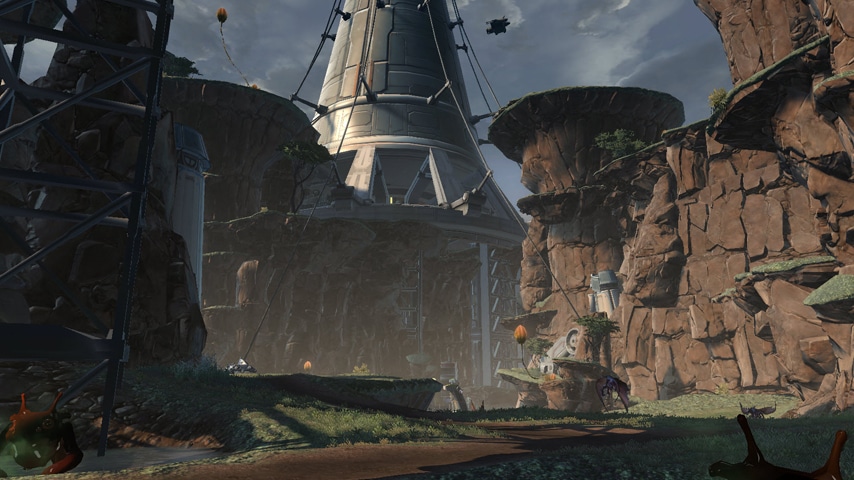