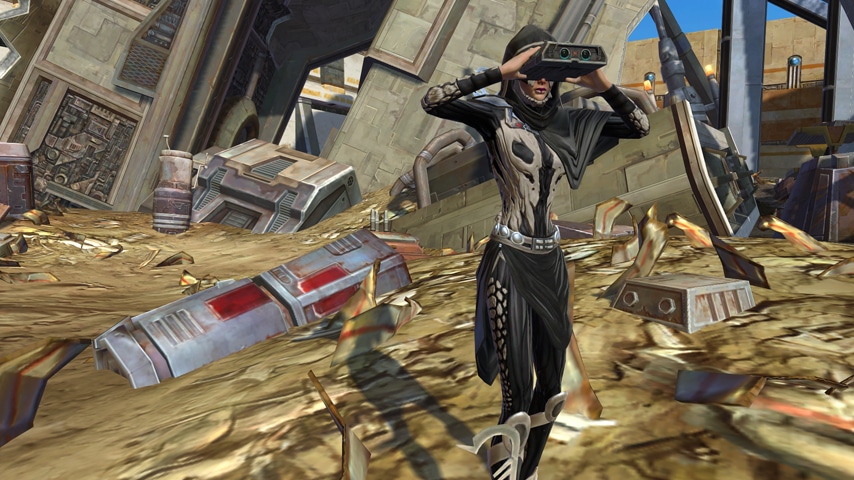 In the first Developer Update, World Designers, Steven Chew and Michael Ammer, discuss Macrobinoculars, a new system in Rise of the Hutt Cartel. This new system allows players to scan and analyze objects far out in the distance, uncovering hidden objects and revealing interesting details about them. There may even be a reward for finding certain hidden objects.

A brand new storyline will come with this new system, as players use the macrobinoculars to track down a dangerous new enemy known only as the Shroud. Players will return to previously explored planets and discover new threats, as they seek more information on the Shroud’s intricate plan. What is the Shroud up to? How will it affect the Galactic Republic and the Sith Empire? Be prepared to put on your thinking cap, as the Shroud is a mastermind when it comes to protecting his plans. Players will need to overcome obstacles in their path, and we don’t just mean new and tough enemies. Let’s just say that you might get zapped in the process.

If treasure hunting alone is not enough, the Seeker Droid also comes with its own unique storyline. Dangerous Sith Artifacts have been stolen from the Empire’s secret facility by servants of the Dread Masters. These artifacts have spread terror across the galaxy, slowly corrupting all that come into contact with them. Players must go to previously explored planets and use the Seeker Droid to dig up these artifacts and contain them before it’s too late. Will you survive the corruption or be tempted by its power? Find out in the new Digital Expansion: Rise of the Hutt Cartel! 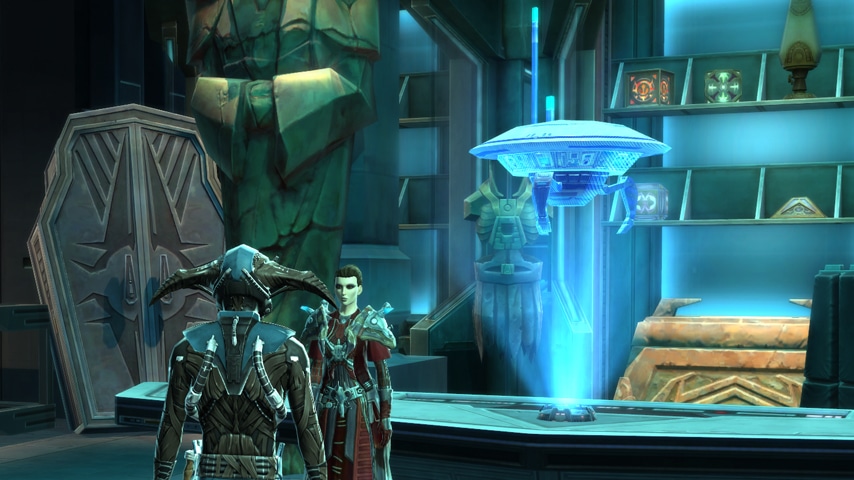