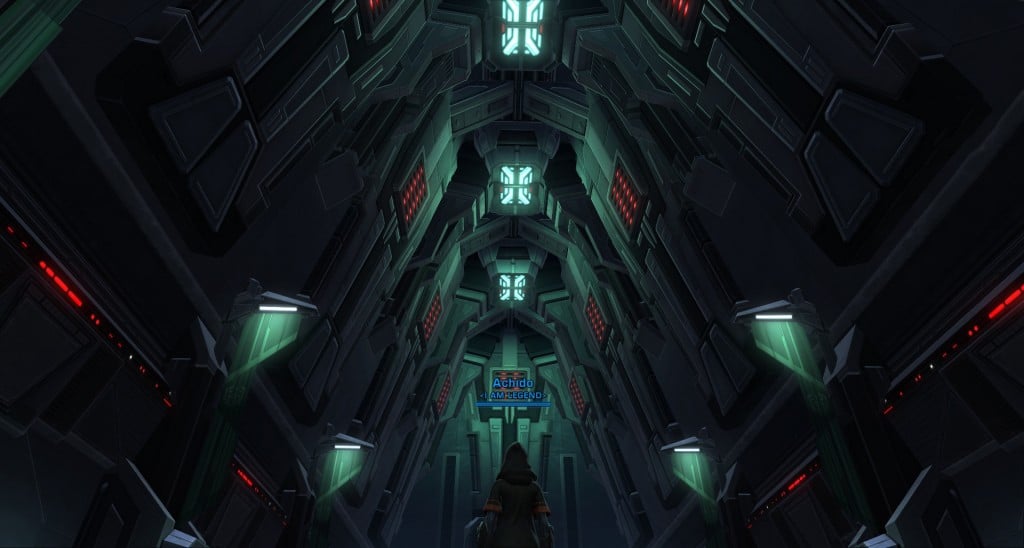 We love to bring you data mine info because it’s fun and interesting to speculate about what might make it into the game. As always, remember that this might contains spoilers, this is not official SWTOR news and we don’t actually know if any of this info will end up live in the game. With that said, let’s check it out!

Here is some new info about 2.3 PTS data mined files a well as some corrections:

Apparently these went live with 2.2.2, and were body skins for existing customizations. Yay, for small fixes!

Treek on the other hand has 3 new customization item entries and artwork in addition to the currently known ones. A quick search of the usual vendors on the PTS did not turn them up.

Special Note: Treek’s Legacy unlock logic APPEARS to require the completion of her introductory quest once, before her Cartel Coin unlock option is available (a la HK-51). Which means only Legacy 40+ characters could have her, and all the uproar was over nothing.

Additional Note: Some have linked to the Eric Musco forum post stating that Treek will not have a Legacy requirement when purchased with CC. This is not how it appears to function on the PTS, and given this information. It’s possible that this will be changed. Personally I’m betting on a miscommunication, and Treek functioning as currently implemented.

Could someone please test this on the PTS with an account that hasn’t already done Treek’s introductory quest? Please provide a screenshot of the Character Perks and Global Unlock>Other legacy windows for verification.

Now that’s out of the way. There’s this:

It looks like the work on the Tauntaun mount is progressing. I hope it’s not more than a patch or two out.

As for PvP, there was one little tidbit I ran across last time that I didn’t include in my other 2.3PTS post. The locations of the new “arenas” they mentioned are Corellia, Makeb, and Tatooine. There’s also no complicated WZ game state scripts, or anything more complex than spawn/respawn shield and multiple round coding for them. They could be honest to goodness small group PvP Arenas. Or, they could just be an early test, unused code, or misinformation. Take it as you will.

Everything else has been pretty much covered by Dulfy. Though I did sign up for some of the special F2P promotions awhile back, and my PTS character received an in-game mail for the pets. So maybe they are finally rolling out the fix for that promo.