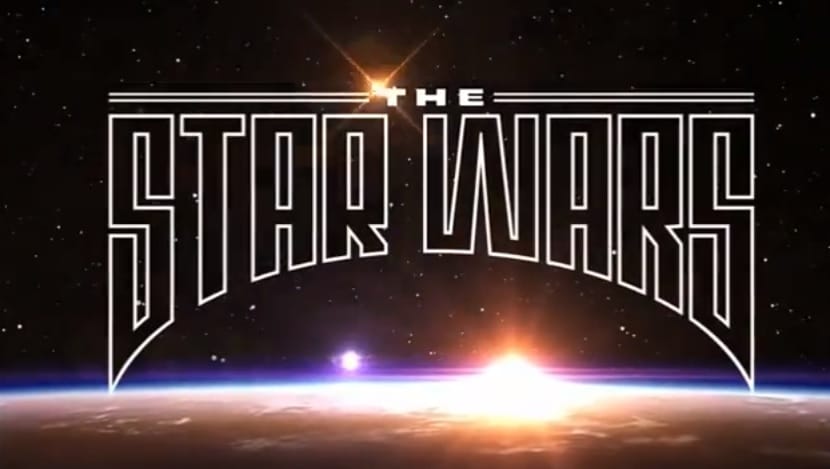 Before Star Wars, there was The Star Wars! This is the authorized adaptation of George Lucas’s rough-draft screenplay of what would eventually become a motion picture that would change the world.
We’re talking about Lucas’ original galaxy as it was conceived in “The Star Wars” and the Dark Horse Comics series will show you a new side of Star Wars that you have probably never seen before.
See the exclusive trailer here:

USA Today got the exclusive on the trailer and brings us a little background info:

Luke Skywalker as an old, gray-haired general? Darth Vader as just a dude? Han Solo — secret-agent lizard?
The new Dark Horse Comics series The Star Warssounds like alternate-universe weirdness for fans of George Lucas’ influential sci-fi franchise. Instead, it’s just the filmmaker’s first pass at his galaxy far, far away.
The eight-issue comic launching Sept. 4 is an adaptation of Lucas’ first rough draft from May 1974 of a story that imagines galactic drama between an all-encompassing Empire, the fledgling rebel alliance forming to fight it, an ancient order of Jedi and the evil Sith warriors tapped to wipe out those Jedi.
“”You can teach a college course on how he got from that story to his first Star Wars film” in 1977, saysThe Star Wars writer J.W. Rinzler, an executive editor at LucasBooks.
“Francis Ford Coppola read the rough draft and thought it was pretty good. He wasn’t really sure why George was changing it.”
If it were made today, says series artist Mike Mayhew, The Star Wars “would hold its own against The Avengers and Avatar.”

So once you check it out for yourself, you will see that it is a bit different from the original Star Wars films. If you want to check it out yourself (and what Star Wars fan doesn’t?) then you have to wait for September. We’ll keep you updated on anything else we find out about it in the meantime.