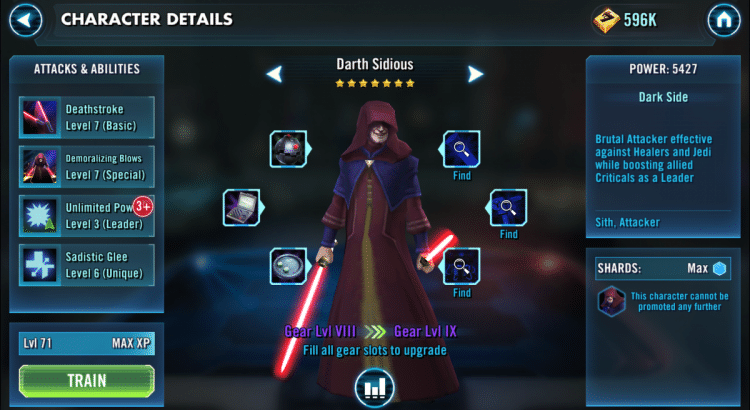 The mobile game Galaxy of Heroes will a lot of changes to the Sith faction with this upcomming game update. The update was planned for yesterday, but due to technical issues it has been delayed untill futher notice.

We’re working on getting the update out today, but are currently running into a few issues. The update may be delayed 1 day to address these issues. We’ll share any updates we have here in the forums.

In the meantime, we wanted to share with you the changes we’re making to the Sith faction with this update. We hope you’re all as excited about these changes as we are!