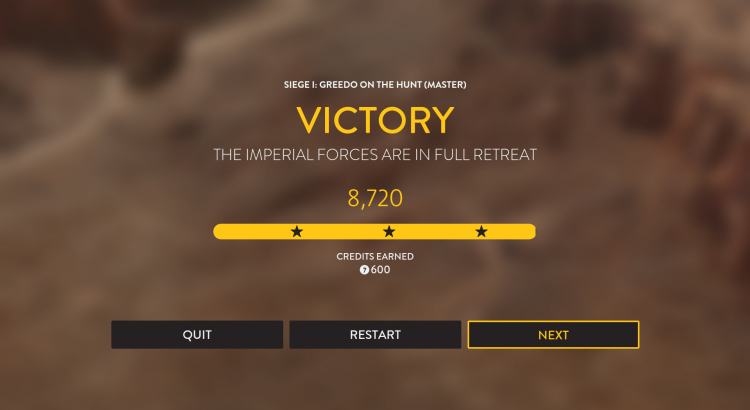 To address the alleged shallowness of their much-hyped Star Wars: Battlefront, DICE have come up with an impressive solution: throw content at the player-base every now and then and make that content as easy on the eyes and as appealing gameplay-wise as possible. Their recently released Outer Rim expansion represented the first stage of this strategy and it looks like it hit the nail on the head, although it came packed with bugs, which have to be ironed out. While the next DLC is scheduled for June, the team will not rest on their laurels till then. In fact, there’s a major update scheduled for May and although its release date is not yet set, most believe that it will come in the early part of the month.

Obviously, the first objective of the update will be to iron out the problems and bugs brought about by Outer Rim, of which there are indeed quite a few unfortunately. Credits didn’t show up at the end of matches, Hutt Contracts froze and reset randomly, and player ranks were sometimes rolled back as well. As it turned out, many of these bugs were simply UI glitches not actual system-problems, so most of them were already remedied. The remainder will be addressed by the May update. Far above and beyond patching things up though, the May update is set to bring some new content, in regards to which the developer has been quite secretive thus far.

What one can expect in this respect though are new events, new Hutt Contracts, new Star Cards and some surprise content, which the developers have refused to reveal for now. This new content will apparently be aimed at those who have been yearning for other ways to enjoy the offline version of the game.

On May 4, there are a host of interesting activities planned, and it’s not impossible that we’ll see some new bits of content added.