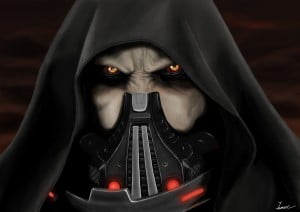 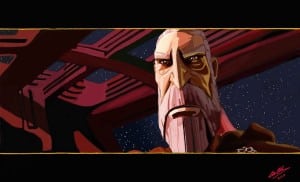 Jensaarai1 aka the Nerd-Rage Ranter, a video blogger on YouTube, is probably one of the greatest experts on Star Wars I have seen in some time. He appears to be well versed in all the movies, both of the Clone Wars series and the comic book series (Dark Horse). I have not heard him mention the novels in his analyses, but I wouldn’t put it passed him. Rest assured he is an expert on the Expanded Universe of Star Wars, which pretty much trumps those who only know about the movies when it comes to general Star Wars knowledge. What really impresses me is his unique knowledge on everything that is the lightsaber, which is impeccable.

He made a 10 episode series throughout 2012, called the “Versus Series” where he pits Jedi against Jedi, Sith against Sith and Jedi against Sith in “what if” scenarios, comparing them through factors like lightsaber skill, tactics, weapons, age, strength and much more. The episodes can range from 15 minutes to even over 40 minutes. His expertise makes watching them very worth while. If you’re into the arts of the lightsaber, this is all you right here, Jensaarai1 delivers.

Unfortunately only one video (below) has a force user from SWTOR. I hope he makes many more which includes more Jedi and Sith from the timeline of SWTOR, including KOTOR like Grand Master Satele Shan and Revan.

In this video, he pits Darth Malgus against Count Dooku. Below that video is the whole series, which you can watch as one long documentary on the strengths and weaknesses of the lightsaber masters. It’s truly great work, enjoy and see who can best who.

The Entire Versus Series, Episodes 1-10