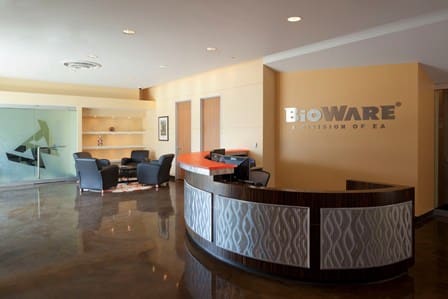 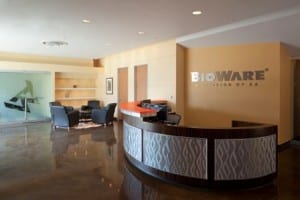 General Manager of BioWare Austin, Matthew Bromberg has been given a bit of what you might call a promotion and Bioware gets to fill a spot that has been empty since the doctors left. He has now been appointed the head of the BioWare label by Electronic Arts.

The job has been open since the founders of BioWare, Greg Zeschuk and Ray Muzyka, left last year after decades of developing games. The post is an important one because BioWare has some of EA’s most successful game franchises — Mass Effect and Dragon Age — and also some of its biggest budget games such as Star Wars: The Old Republic.

Bromberg will now be the group general manager of the BioWare label. He will retain leadership of the BioWare Austin division and extend his responsibilities to include BioWare Canada (Edmonton and Montreal), as well as the Victory studio in Los Angeles and the Waystone Studio in Redwood City, CA.

Reporting to Bromberg will be Aaryn Flynn (for BioWare Canada); Jon Van Caneghem (for Victory and Waystone); and Jeff Hickman, who will become the new general manager of Bioware Austin.

So with that we see a new official lead and we hope this means good things for Bioware as a company and in terms of current and future games they put out. This means that Bromberg will have a bigger reach aside from just the local Austin job tasks. He joined the team for SWTOR, before it became free to play and he was formerly CEO of president of Major League Gaming, an eSports company. With his previous experience, as well as the role he has currently held at Bioware Austin, I am expecting good things from him. Here’s hoping he doesn’t let make me eat those words!