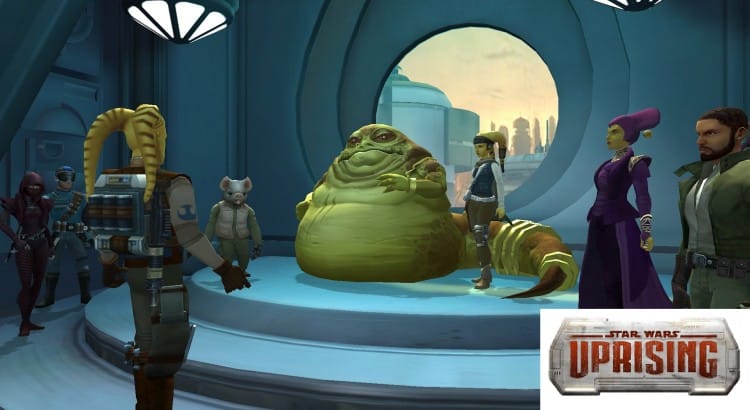 There is a new challenge in Star Wars: Uprising, that will earn you a Short-Term Smuggling Contract! Here is the forum post. To go along with this, Daniel Erickson added bit of an incentive to run those Bespin Assaults for some extra credits! You can read up on that here .

Players who complete all five of their Assault Missions for at least four days between 3/2 11:00pm PST and 3/8 11:00pm PST will be rewarded with a Short-Term Smuggling Contract!

After so many questions this week I reviewed the Bespin Battle Readiness targets and last cycle people basically started to run Bespin, got discouraged, stopped and went and ran Mataou, frustrating many of the end-level players. In 2.1, Battle Readiness rewards will scale with level which should alleviate a lot of this problem but for right now I’m going to make a personal challenge with the tools I have. We’re already having an Assault Mission event so I’m going to piggy back off it. Ready?