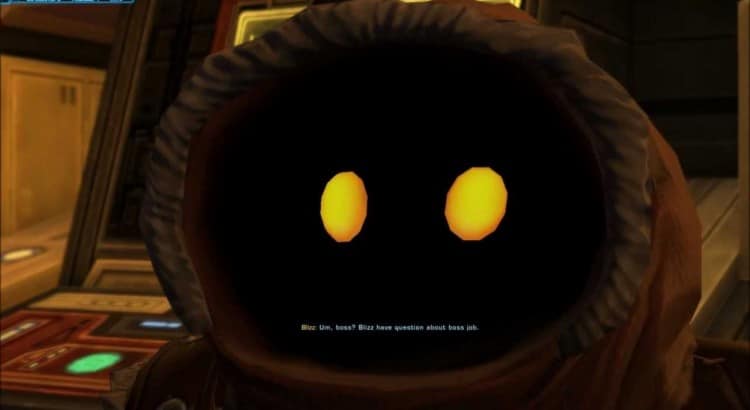 Have you ever asked yourself what Blizz from SWTOR would sound like with a human voice? Okay, maybe not but now is your chance to know.  It’s the voice of Fred Tatasciore and the video shows clips that have been slowed to a point where you can recognize his actual voice if you’ve heard it before. He’s a very talented voice actor, well known for doing creature and monster voices. As we’ve mentioned in a previous post, it’s very interesting to learn more about the voice actors behind some of our favorite and most loved Star Wars characters.

As for Fred Tatasciore, he is the best of the best. He’s done voice acting for many very popular movies, television shows, and of course, video games.  You may know him from the Gears of War series as well. He’s had voice acting parts in all of the following Star Wars related games:

So you might not have known and you certainly couldn’t tell just from listening to Blizz at his normal speed but that is the very talented Fred and it’s easier to tell it’s him in the slowed down version.

You can hear for yourself here:

“I was curious about what everyone’s favorite Jawa companion sounded like before the sound editors got a hold of him. I used Audacity to lower the pitch and slow down his voice until I got something resembling a human voice. “