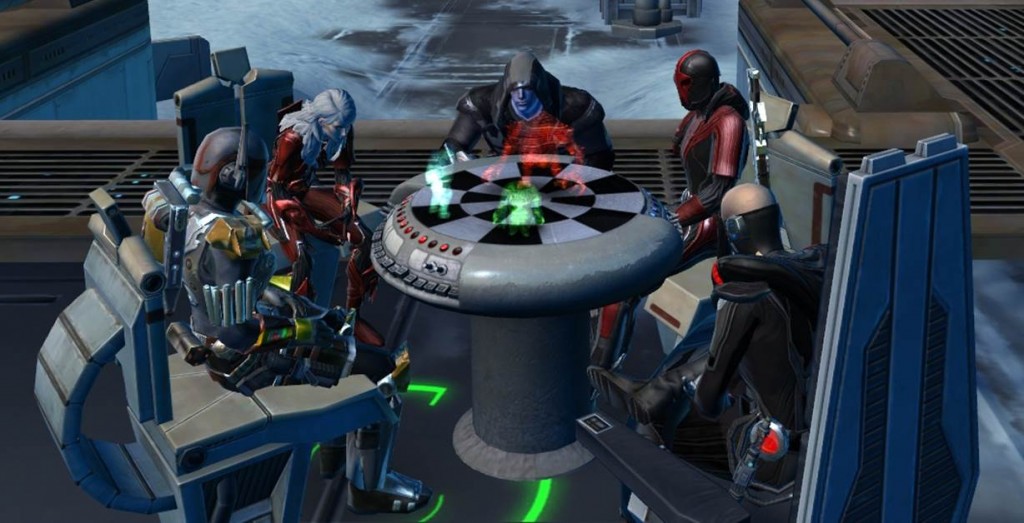 The public test servers for Star Wars: The old Republic has been updated. To give a quick summary of the changes; some issues have been fixed, guild flagships are now available, and your guild can now partake in guild conquest. BioWare will be streaming on Twitch today at 1PM PDT were they will be showing off the Guild flagships embeded below.

Here are the patch notes:

Guild Flagships now available! Guilds can now purchase a Flagship and use it to compete with other guilds and conquer the galaxy!

Battle for control with Conquest! Personal and Guild Conquest is now available!