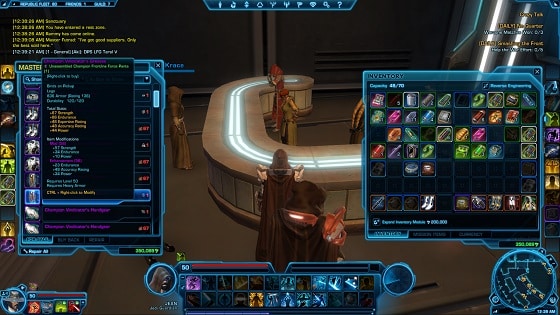 A statement has been publxihed regarding the  Item Stack Resale Exploit that has been in the game since 4.0:

Hey folks,
As of today’s patch, we fixed the following bug: It is no longer possible to purchase a stack of items and resell individual items for the price of the entire stack.

In a previous exploit, we were very up front and very public about its existence. We raised warnings as soon as we discovered the issue associated with the Temple Chair, with the hopes our players would not use it. What we discovered, were many players using a variety of ways to try and mask what they were doing and who they were. So, this time, we returned to removing visibility until we resolved it.

This bug created an exploit where a player could make large quantities of various currencies in the game with minimal effort. Use of the bug in this manner is something we absolutely consider an exploit. We are looking over the data of players who participated, and to what degree. We will begin taking action against accounts within the next few days. Action that will be taken includes:

I can only reiterate, if you discover an exploit, do not use it. Report it to the team immediately. You can do so via an in-game /bug or feel free to PM myself or Tait about it on the forums. Please, do not post about it publicly.

Thanks everyone. I will pass on updates as I have them.