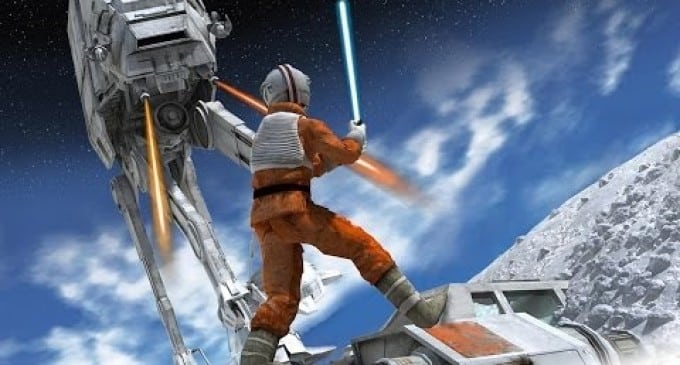 It is one of the most epic battles in the Star Wars universe. The Battle of Hoth. And over the years, it has been depicted in a variety of ways in video games and other cultural mediums. It is one of the most iconic Star Wars battles in video game history and it has evolved in an interesting way over the years. It all begins back in 1982 – a year I am quite partial to since it was the year I was born. It’s also when we saw the very first depiction of this battle in Star Wars: The Empire Strikes Back for the Atari 2600 from Parker Brothers. No I do not actually remember this one personally, since I was just a wee babe, but I did see footage and game play years later and I know people who were able to experience it firsthand.

Next, we would jump to 1985 and the Atari Arcade for another version of Star Wars: The Empire Strikes Back. Then we have a 1992 version (this one I remember personally) and another in the year to follow, for the SNES. A PC game was released by LucasArts in 1993. And in the years to follow, we would see several more. Check out the video for yourself and let us know what you think. Which game did the best Battle of Hoth? Which is these do you remember playing yourself? Do you have a favorite? Any that you hated? Let us know in the comments.

Daniel Hindes looks at more than 30 years of Star Wars video games to see how they let you experience fighting in the Battle of Hoth.