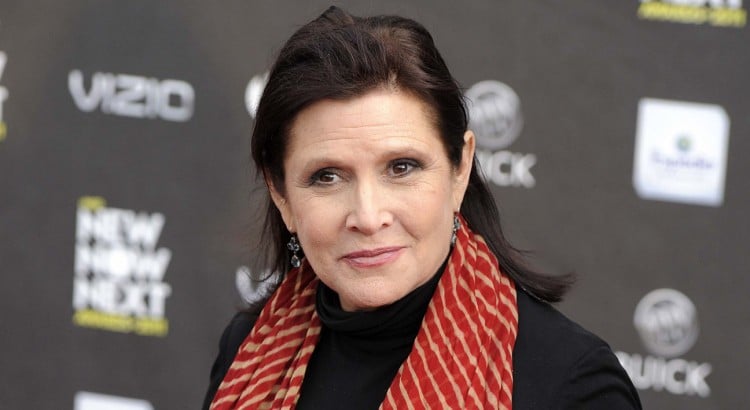 My body is my brain bag, it hauls me around to those places & in front of faces where theres something to say or see pic.twitter.com/T2TXiEyl17

As more and more people see the new Star Wars film, one actor in particular is getting more criticism than any other. It seems to have come as a surprise to some people that Carrie Fisher has aged. *sarcastic gasp* Can you believe that? How dare she get older like every other human in history?

The biggest critique seems to be not just that Fisher has aged, but that she has not “aged well”. What that means exactly is anyone’s guess. Few similar comments have been made about her returning co–stars Harrison Ford and Mark Hamill. Some might say this is a sexist double standard. It seems men are allowed to age in this society but women are expected to maintain an unrealistic image of youth and “beauty” for generations.

Fisher, playing Princess Leia, quickly became the sexual object of many people’s desires when she appeared on screen in a gold bikini. Now she has made her return, over 3 decades later, as General Leia and some seem to think she’s not sexy or attractive enough.  Many hateful comments on Twitter from movie-goers say “Princess Leia got fat” and that Carrie Fisher is a “fat” and “angry” woman now.

One of my favorite Carrie-isms from this whole debacle is this little gem:

“I identify more w/who I feel myself 2be than what I look like. Either way, Am I obliged 2entertain U w/ my appearance

No, Carrie, you’re not. It’s not anyone else’s business what you look like. You do not exist to be someone else’s eye candy. Your body is not created for their amusement. Be you. Be wonderfully you and continue to ignore the haters.

I’ve seen the film and I thought Carrie was perfect in the role. Leia was her old self, with some additional snark and wit added by age. She looked great, she played the role perfectly and I say she rocks just as much (if not more) than before. There’s just no logic behind criticizing her looks in the film. Some people are just mean and nasty for no good reason. I’m glad Carrie isn’t letting it get her down.