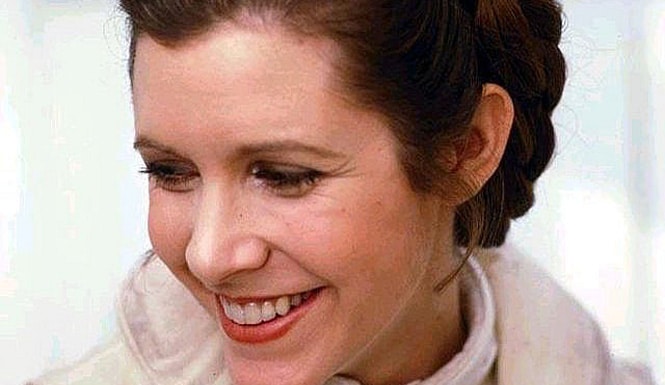 Yesterday, the world received some very sad news. After suffering a heart attack recently on her way home from an international flight, Carrie Fisher has passed away at the age of 60.

“It is with a very deep sadness that Billie Lourd confirms that her beloved mother Carrie Fisher passed away at 8:55 this morning,” read the statement from publicist Simon Halls. “She was loved by the world and she will be missed profoundly.”

Fisher had been hospitalized since Friday when she suffered a medical emergency on board a flight to Los Angeles.

Carrie Fisher once said, “Writing in a way saved me, kept me company. I did the traditional thing with falling in love with words & reading books.”

As a writer myself, those words touched me deeply, but this wasn’t the only way that Carrie was relatable. After dazzling the world with her role as Princess Leia in the Star Wars franchise, she continued a successful career as an actress, writer, and activist.

She was open about her own demons, sharing the truth of her struggles with depression, addiction, and more. She was blunt. She was funny. She was strong. Carrie embodied many of the traits that so many young women looked up to in Princess Leia herself. She was witty, and she was kind. A friend to all who worked with her, all who encountered her, and beloved by many.

Watching the films will be bittersweet now, as our Princess was taken from us, far too soon.

With that, we’ll leave you with some other kind words/ tributes to Ms. Fisher:

Carrie Fisher, your role inspired a generation of scientifically curious space explorers. You changed the world & you will be sorely missed. pic.twitter.com/kpnvu8OQOC

As a kid, I sent Star Wars cards to all the actors, hoping for their autographs. Carrie Fisher was the only one who signed & returned hers.

To the inimitable, unapologetic, beyond badass Carrie Fisher: we miss you. pic.twitter.com/uCwWnoUbn7

.@CarriefFisher was a brilliant writer, actor, and friend. She was so much fun. I can’t believe she’s gone. https://t.co/wpxGvBWA0b

Fisher’s co-stars had words of mourning as well:

I thought I had got what I wanted under the tree. I didn’t. In spite of so many thoughts and prayers from so many. I am very, very sad.

There are no words for this loss. Carrie was the brightest light in every room she entered. I will miss her dearly. pic.twitter.com/GgIeYGeMt9

I am extremely sad to learn of Carrie’s passing. She was wonderful to work with. Condolences to her friends, family & fans around the world. pic.twitter.com/DGRYQYPZgO

I’m deeply saddened at the news of Carrie’s passing. She was a dear friend, whom I greatly respected and admired. The force is dark today!

Dearest Carrie, so incredibly sad to say farewell so soon to such a beautifully honest and unique human being- see you in the multiverse.

Carrie, may the Force be with you!