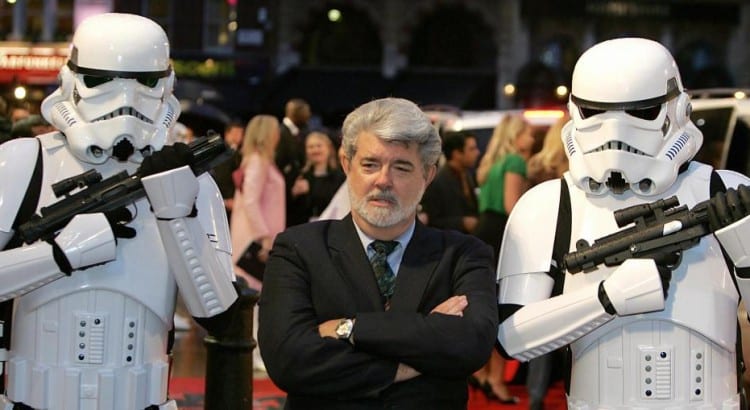 He sold out. He said he won’t do anymore films. He had some choice words for Disney when he said he’d sold his children to “white slavers” but then backpedaled and later said he was happy with the fine job Disney was doing with the films. Whatever your personal thoughts about Lucas and his role with the franchise to date, there are some who want to see him return to directing the films. In fact, there are some who wish to see this so badly, they’re petitioning Kathleen Kennedy and Disney via Change.org to bring him back.

As the petition reads:

Bring back George Lucas for the Star Wars movies. Put the father of the franchise as director of Episode IX . We really want this, please .

We have no problem with Colin Trevorrow , but he’s not the right guy to direct Star Wars Episode IX . George Lucas as director of Episode IX would be the perfect way to end this new trilogy and make an epic farewell between the Father of Star Wars and the whole universe of the galaxy far, far away ….

We would like to see him again involved with the franchise. Thank you so much.

At the time of this post, it’s up to 3,359 supporters. If you want to sign or read for yourself, you can do so here.

I really liked my friend, Chris Pirillo’s tweet about this petition:

Honestly, he’s right, IMHO. I know there are many who will claim “Lucas IS Star Wars” but I don’t think we’re going to see a comeback. Also, I’m not sure it’s in the best interest of the franchise for him to do so. That’s not to take away anything from Lucas for his creation. He started something magical with Star Wars. That said, it’s time to leave the directing to others.