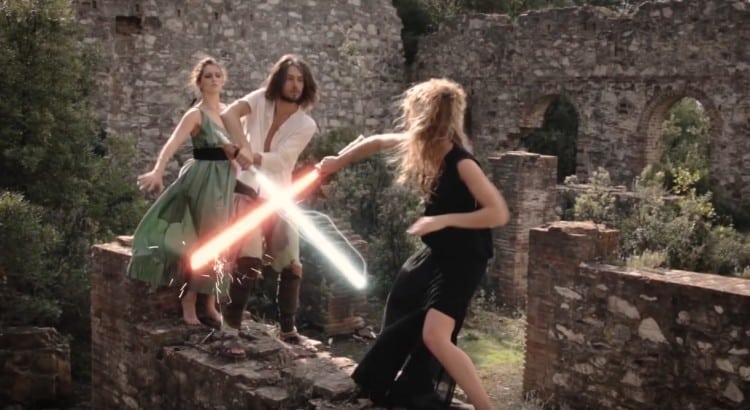 We have something fun and interesting to bring you today. This just released Star wars fan film has our attention. It’s called “The Weight of Forgiveness” and it’s all about the birth of a Jedi. It’s in Italian and it’s about 15 minutes or so in length so it’s a short watch. There are different possible interpretations of the short, which is part of its appeal.

The synopsis says it is a Star Wars fan film “open to interpretation” and there have already been several ideas as to what it all means. If you know and love Star Wars (like all of us here do), you may appreciate it on those grounds alone but we ask you to watch it with an open mind and don’t limit yourself just to the Star Wars universe, then see what you think of it.

Some say it is the story of redemption of a pastor who, struggling with the Dark side, finally comes to understand the true healing and saving power of forgiveness. You will see his journey and the challenges that he faces. He is guided on his journey by two mysterious figures, some may call “Gods”. How will it end? Give it a watch yourself to find out. It’s really well done and we enjoyed the level of talent and dedication that went into creating it. We’re curious how others will interpret it and if it will resonate differently with Star Wars fans than with the general public.

You can learn more at the official site, Birth of a Jedi.

When the Force awakes, a Jedi is born.

See the film for yourself here:

So, what do you think?