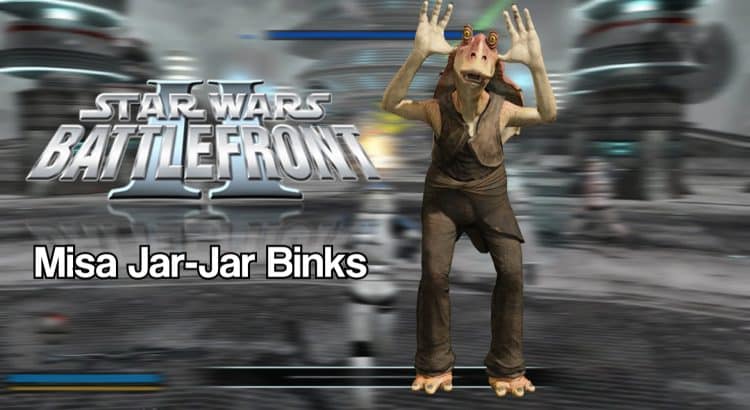 And if he was, would anyone actually want to play him? Once crowned the most hated Star Wars character of all time, Jar Jar Binks has a rich history. While many didn’t see him as the great, lovable character that Lucas envisioned, there are still fans out there. Would you want to play him in Battlefront 2?

Last week there was a lot of information finally released about the game, including a launch date for November this year. The developers finally started dishing out more details that fans have been waiting on for some time. Among the info about the story and overall gameplay, they also said they weren’t ruling out Jar Jar as a potential playable character.

Last week at Star Wars Celebration, the game saw its official reveal, along with a release date. They also teased some original trilogy characters, as well as some of the new ones like Kylo Ren. Obviously, this is great news to fans who will want to play as and with some of their favorite characters. They’ve also said there will be new features in character customization and new options to customize ships, too. This sounds like a win all around.

In an interview with Eurogamer, Steve Blank, the Lucasfilm creative executive answered a question about whether Jar Jar Binks will be returning as a villain or a hero, cryptically saying that “only time will tell.”

So, I guess we’ll have to wait and see if Binks makes it in there but we do know there will be some additional characters – both old and new. This is refreshing news to those who have already been playing Battlefront, who will want some new faces to spice it up.