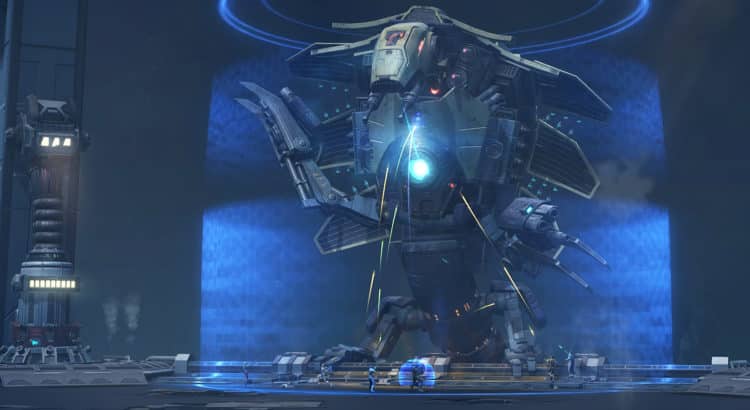 The guys over at Bioware, just announced that the Izax challenge will be ending on April 30 with a mount and title as hot rewards! Check it out:

The last and largest of the dangerous droid superweapons of Iokath has been unleashed! With no one remaining to reign in its terrifying power, Izax the Destroyer, is set to annihilate everything in its path – starting with your Alliance. Do you have what it takes to defeat Izax’s superweapon “family” of bosses and then face the final God from the Machine Operation boss… in Veteran Mode? Set your sight on epic rewards and arm yourself with some pro-tips!

If you’re worthy enough to take down Izax in Veteran Mode by April 30, 2018, you’ll be generously rewarded! Be the proud bearer of the ‘Strike Team: Defeating Izax’ Achievement which unlocks Legacy-wide rewards including the unique ‘Wings of the Dragon’mount and ‘Bane of Izax’ in-game character title. Claim your rewards through the Achievement system on May 1, 2018 with the launch of Game Update 5.9: The Nathema Conspiracy.

Celebrate the Izax Challenge! Send us in-game screenshots of you and your allies adventuring across the galaxy for the opportunity to be a part of the Izax Portrait Collage! Submit your screenshots to swtorsubmissions@swtor.com. 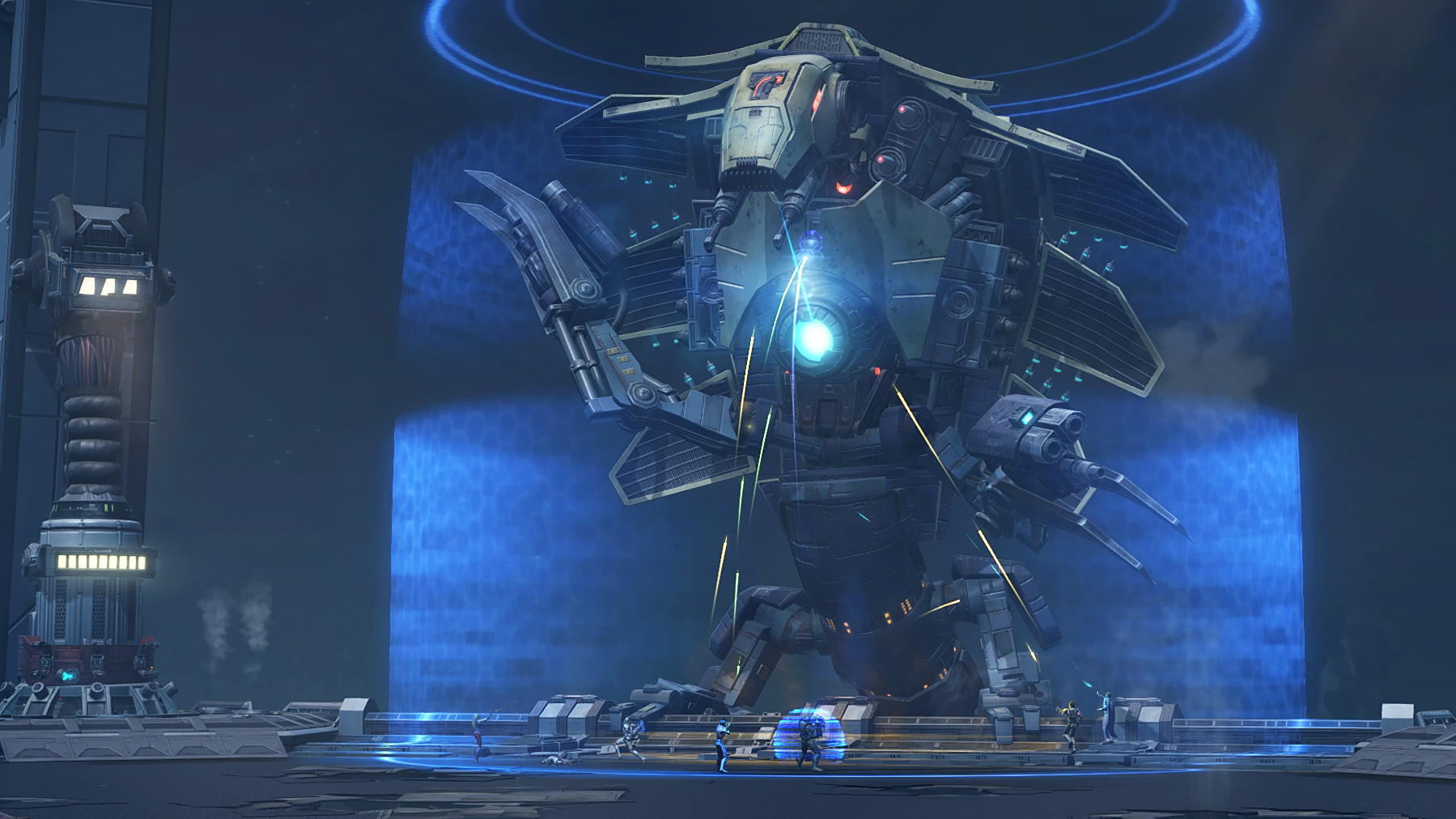 Grab your closest and most powerful allies and keep these pro-tips from Designer Matt Pucevich in mind as you use every combat technique and battle resource at your command to overcome Izax in Veteran Mode. The Izax fight takes place over multiple phases on the roof of a broadcast tower. What that means is that when you have done enough damage to him throughout the fight, be ready for his mechanics to change as you enter a new phase.

Pro-Tip #1: Have a detailed plan for Phase 2

Pro-Tip #3: During the Makeshift Drone in Phase 4, make the most out of every energy shot and ALWAYS keep the Augment Drone charged!

TAKE COMMAND AND MAY THE FORCE™ BE WITH YOU!