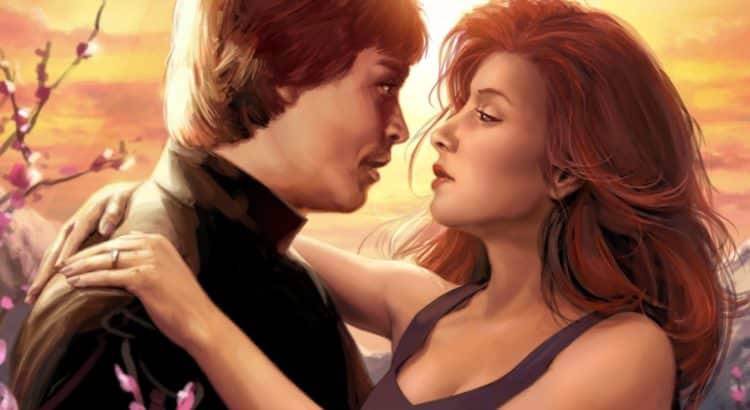 Aside from all the fighting and wild action, the galaxy is a place for genuine feelings and romance. Both Star Wars movies and Star Wars Legends have their own couples. Here is a look at some of the most amazing love stories the Galaxy has seen.

And while you are reading this, you may be inspired to search for your own soulmate. If you would like some expert opinion on online dating, take a look at the web cam site reviewer here. It is no secret that shared interests are a great icebreaker, and you may easily connect to other Star Wars fans on specialized sites. That is if you think your second half has to appreciate the saga, too!

These two have most romantic scenes in the Odyssey. Their love seems unlikely – after all, he is a gambler and she is a princess. However, opposites attract, don’t they? The smuggler is charming in his devil-may-care approach, but he often acted like a nerf herder. It is surprising those incidents did not leave any bruises on him. Sometimes, he was downright rude. Just think of his line “I can arrange that. You could use a good kiss!”

This partnership is even more unlikely, and the story serves as proof that forgiveness and love will overcome anything. After all, Mara was the Emperor’s Hand tasked with exterminating Luke who fought to bring down the Empire. However, a few missions brought them close, and Mara took Luke’s surname.

Here again, the love had a pretty rocky start, but it built up gradually. First detesting one another because of their families’ grudges, Corran and Mirax eventually started enjoying each other’s company. It was a slow burn romance, but it is no less spectacular.

Like Corran and Mirax, it took these two a while to realize their feelings. For a long time, due to numerous complications, Wedge and Iella could only be friends. Their confession of feelings is one of the most swoon-worthy scenes in Star Wars Legends. The time they had spent apart only made this scene more satisfying.

Although these sweethearts may not have the circuitry to experience human romantic love, their partnership is adorable. They were the first Star Wars characters appearing on screen. Together, they have been through it all, and they are genuinely attached to one another. The interaction between the humanoid robot and the astromech droid counterpart is fun to observe. Within the epic narrative, it often provides comic relief.

Naturally, there are other couples from the Galaxy you may know and love. Like any good adventure story, the epic franchise was bound to include romance. As the top five shows, the lovers often came from the opposite sides of the struggle. Their feelings showed the power and forgiving nature of true love.