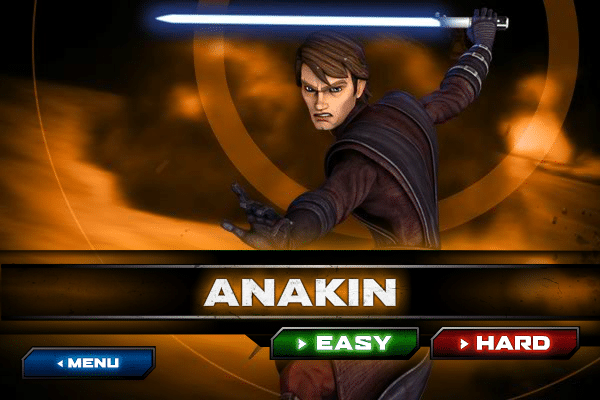 The Community Manager over at Star Wars: Galaxy of hereoes posted a small update on Anakin’s performance in the game. Some players think he is way to powerfull. Here is the news:

“Your focus determines your reality.”

I wanted to give a quick update on our announcement last Friday that we were looking into Anakin’s performance and whether or not he is too powerful, particularly where we want him to sit in the meta versus some specific teams like Darth Malak/Darth Revan. Our initial investigation has yielded the following results:

Since we released Jedi Knight Anakin’s rework, only 8,000 players have used Jedi Knight Anakin under a Jedi Knight Revan lead to fight against Darth Revan & Darth Malak. That represents less than 1% of the total battles fought by the entire community during this window. Of these battles, JKA is holding on defense approximately 20% of the time and is winning on offense around 50% of the time. This is completely in-line with how we would like two powerful squads to interact, given that we intend for Darth Malak to have a bit of an edge – but still possible for players to overcome.

Many players astutely noted that Anakin’s rework conspicuously did not include a zeta…which we have been saving for the release of Padme. So, while we are not planning on making any immediate changes due to the interaction with Darth Revan and Darth Malak, we are continuing to consider some changes to ensure his performance under Padme meets our desired performance targets. Some of the changes we are considering would make him synergize more specifically inside a Galactic Republic squad (as many players have suggested). Either way, we’ll continue to monitor these battles and reveal any changes prior to making them.

As we addressed on Friday, some of the recent releases have had issues, and as a result we are looking into opportunities to get more eyeballs, feedback, and testing on characters earlier in the process. As you may have already heard by now, we started a closed test beta with some members of the community last night -which is on-going. We will continue to investigate and expand this testing process as we find more opportunities to get feedback.

The last thing I’d like to mention here is that we’re going to start differentiating between different kinds of reworks to character kits in terms of how we message them to the community. A “rework” moving forward will refer to changes that have a major impact on a character’s kit. This could range from a fundamental change or shift in that character’s identity and how they fit into the game, to major stat changes, to new abilities.

Smaller scale changes like minor stat table adjustments, minor adjustments to abilities, additions for synergies etc. will be referred to as “tune ups” moving forward. The April 11th update to Bastila Shan is a good example of a tune up.

Keep an eye out for more announcements soon and thanks again for your patience!