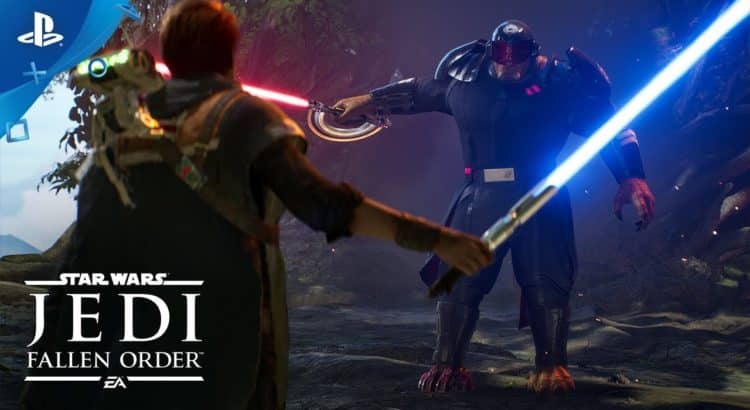 We were all VERY excited for a new Star Wars game and despite some issues, Jedi: Fallen Order did not disappoint.

But, should it get a sequel?

CBR.com says YES! And honestly, I agree. Are there some issues with the game? Yes. Is it still worth playing? Yes. But does it still deserve a sequel? Yes!

” After dozens of canceled Star Wars video games — and a handful of lame ones — Star Wars Jedi: Fallen Order has arrived, finally delivering on the promise of an action-packed lightsaber adventure. It isn’t perfect, as the game has its fair share of issues and bugs, but Fallen Order can be improved upon in a sequel — and yes, it definitely deserves one. Before we discuss what we want to see in a sequel, though, let’s talk about why it needs one, and where this game succeeds the most. “

And he really hits the nail on the head with this intro. How many great potential Star Wars games have we seen sent to the chopping block? So many games were dead before they were born, from merely an idea to the trash heap. I’ve written about it a lot here and it’s sad, especially for those of us who are big fans of Star Wars games.

While we waiting for some time for Star Wars Jedi: Fallen Order, secretly hoping it wouldn’t get canceled before it had a chance, and were finally able to celebrate its launch, it’s perfectly fine to criticize what may not be exactly right with it.

The game developers really do look to the fans to see what needs tweaking (or a complete overhaul). I mean, we’re the ones they’re making it for, right?

So while there are some kinks and some less-than-perfect aspects, it was all around a great game. And the first we’ve seen in a very long time.

“The only thing certain is that Star Wars Jedi: Fallen Order gives fans what they want. Respawn Entertainment has succeeded in putting out that rare finished video game upon launch — one that treats its customers with respect and offers a fulfilling romp through the Star Wars galaxy. Fallen Order is a great foundation for future adventures, and with any luck, another one might be right around the corner. “