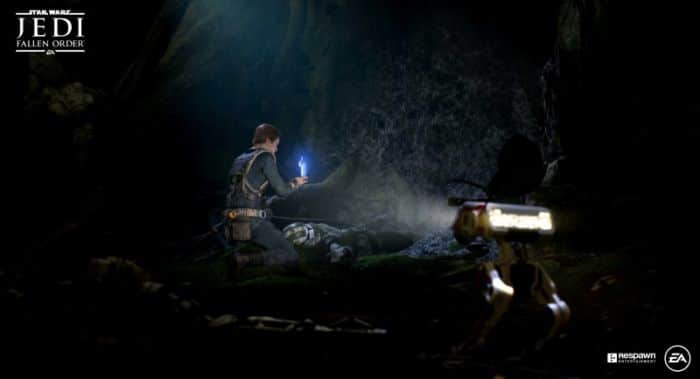 Unless you’ve been living under a rock for the past decade it’s probably challenging to understand how Electronic Arts (EA), a company that seems to know nothing but multiplayer titles and bad press, has made the decision to publish a game the likes of Star Wars Jedi: Fallen Order. A single-player experience with no opportunities for season passes or loot boxes? Something seems off. That is EA’s modus operandi, after all.

How did EA of all companies wind up making the decision to shift to a single-player, campaign-driven title? To be fair, they do have a few titles with great stories behind them. This still is, however, the company that has produced a couple Star Wars games already that have practically ZERO narrative and are solely focused on multiplayer (yes, we’re referring to the Battlefront games).

Nevertheless, here we are – with Electronic Arts being the publisher putting out Star Wars Jedi: Fallen Order. EA does seem to have learned a bit of a lesson after the microtransaction fiasco they went through with the loot box situation with Battlefront. That, combined with the recent successes of other solo games (God of War, Spider-Man, Breath of the Wild, etc), seems to have made the company reconsider their approach to their game lineup – a little, at least.

It’s probably safe to assume that the future of Electronic Arts’ entire video game collection may be making a huge change depending on how well Fallen Order performs commercially. Multiplayer titles are still major cash cows. EA just revealed that between Star Wars Battlefront and Battlefront II more than 33 million copies have been sold. That enough gives the company all the ammo they need to keep at it. This venture into a solo-play game could be a one-off venture, but it’s definitely a refreshing and welcome change, nevertheless.

Star Wars Jedi: Fallen Order is strictly single-player. There isn’t a single multiplayer game mode. Additionally, at this time, there doesn’t seem to be any post-release content (DLC) either. And, of course, there hasn’t been any mention of microtransactions – not a one.

Fallen Order releases for PC, PlayStation 4, and Xbox One on November 15th. There are two versions of the game available – the standard edition and deluxe edition. If you opt for the slightly pricier deluxe edition you’ll not only secure a copy of the base game, but also gain access to a skin for the BD-1 companion droid, a skin for the Stinger Mantis, a digital art book, and 90 minutes worth of “director’s cut” footage detailing the development of the game.

Star Wars Jedi: Fallen order is available on AMAZON for PS4, XBOX and PC. Qualifying purchases through Amazon earn money for swtorstrategies.com as an Amazon associate. Thank you!