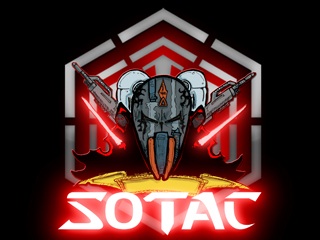 This week I sat down with another Sith guild, S.O.T.A.C., a old Star Wars: Galaxies guild converting to SWTOR.


Where did your guilds name come from?
On SWgalaxies, we wanted to make a combat squad, I was aiming for a military division within the Empire. S.O.T.A.C. is an acronym for Special Operations Tactical Assault Command.

Can you give me a quick 2-3 sentance description of your guild?
A tight knit group of players that strive for a common goal, we are very competitive and enjoy the task of trying to be the best in any game we play. We are all about team work and making the experience enjoyable.

How did your guild come about?
SOTAC itself came about on SWG, but some of the members including myself played other MMO’s and games together, so when we jumped onto SWG it was a no brainer. We had seen how many other guilds were on SWG and we wanted a chance to get a piece of the pie. We wanted to differ from other guilds.
.

What kind of play style do you focus on? PvE, PvP, RP:
We actually were a well rounded mix of all three, members that were stronger in one aspect helped out members who were not. In turn teaching members new skills helped strengthen our guild immensely as a well rounded unit.

What is your guild set up? How do you run your guild?
My character Ellsh Jobos is the leader of the guild, and I had team members under me that were in charge of their own sections, so on and so forth. I wanted to make it structured yet not mired in strict rules and choking game play.I wanted all members to feel there was room for advancement, and give them the opportunity to call the shots in certain situations, it worked well and everyone had a lot of fun.

How serious do you play and/or run the guild?
We do light RP, and I don’t like hearing stories about other guilds who’s hierarchy barks orders at members. Thats just no fun. All members have a say, we have a council that help determine what the guild needs are, especially when it comes to in game adventures.

Do you have ranks or a certain hierarchy in your guild?
We do have a ranking system, and when members attain a certain rank they splinter off and acquire subordinate members for their own squads. These satellites of SOTAC strengthen the guild in numbers and in game play.

Why did you choose The Sith Empire?
For the most part we enjoyed the dark side. There is just so much fun you can have with the idea about being on the other side of the fence. SOTAC is primarily rooting for the “bad guys”. Although in our eyes, we see the Rebellion/ Republic as the insurgence that needs to be exterminated.

Why do you run a guild?
For me, in real life I have always been in management, so it was a comfortable fit for me. Not only that having my friends follow my lead was a huge boost to me, I enjoyed coming up with ideas, we would toss them around, they would take the ball and run with it. Love to see my members get all gung ho and take on a task.

How do you approach Raid Planning?
I would put it before the council, and I also have a Raider Commander that would help plan the charge. Using scouts and surveyors, infiltrators to acquire any information on a specific target. Then scheduling the perfect time frame in which to rally all members for the said raid.

Are you always open for new recruits or do you want to keep a certain guild size?
Absolutely, not only do we have a great core of dedicated skilled players, we also love to recruit new players. A lot of guilds shy away from “noobs”, or inexperienced players. We take pride in helping out other players and helping them attain higher levels. It just adds to better gamers, and in turn an appreciative player stays loyal to the guild.

Age Requirement?
We look for mature players, but no real age limitation. We put forth a series of recruitment tasks to gage wether a player is the right fit for our guild.

Guild size?
The more the merrier.

What makes your guild stand out from everyone else? What makes your guild unique?
We are pretty much a no nonsense, non pushy and not a rule clamored guild. First and fore most we all want to have fun, it is a game. As stated before, we also love competition, and love to win. We try to make sure everyone is on the same page with that. Great guild mates, great gaming.

What Other Games are you currently playing as a guild?
As of right now we are all regrouping, but we have played Never Winter, Champions and City of Hero’s. Not to mention Strat games such as StarCraft and WarHammer 40k.

If somebody is interested now how and where can they apply for membership?
We are currently setting up a SOTAC website. But anyone can contact me directly at generalellshjobos@yahoo.com, look for us soon at SOTAC.NET

One last question, if there was one thing you could ask the Dev’s to include, what would it be?
Customization. Pertaining to armor, weapons, housing. Would be great to build settlements. Just anything that can add to a players unique in game experience.