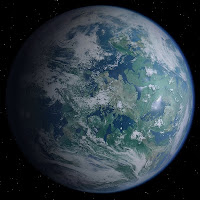 Alderaan was a Core Founder of the Galactic Republic in 25,053 BBY and one of the anchor-points for early hyperspace exploration. Alderaan was headquarters of Alderaan Royal Engineers, an early Republic shipwright. Alderaanian colonists settled Nim Drovis. During the Mandalorian Wars, the planet was threatened with invasion by the forces of Cassus Fett, but the entire invasion force was prematurely decimated, due to misuse of an ancient Sith artifact.

Read all about Alderaan here, and check out the Datacron locations below:


There is a Specialty Goods vendor that sells 2 items required to get 2 datacrons on this planet (and a couple others on other planets.) She is located in the Juran Mountains. There are a lot of dotted trails on map in the southern section, look for the one that is a counter-clockwise tilted “T”. She’s on the south route of that path. Buy the Red Detonite Actuator and the MGGS (14k credits total.)

First go to the vendor directly south of Tarlarn Outpost and buy a Red Detonite Actuator. Next go to the above position which will lead into a cave called Ruur Killik Burrows (Group Area). Inside the cave travel directly east to (2685, 2487). At this position there is a cave-in. Look for a tiny flashing red light. The light is a demolition charge–use the item you bought to blow the obstructions away. Behind the rubble is your Datacron.

45 – [Presence +6] X:-86 ; Y-268 Galarus Valley – There is a river that runs east to west in this zone. Look for a spire-like rock formation in the river. The datacron is visible from the north side of it. Go west from here, and look along the south side of the river for a flying creature you can click (he’s a good distance away.)

46 – [Strength +4] X:2192, y:-2019 First go to the vendor directly south of Tarlarn Outpost and buy the MGGS. Then, go to the Larantha Dam @ (2164, -1992). The cron is half-way down the front of the dam and visible as you approach on the road from the west. You can get to it from below using a slightly special technique: hookshot onto the clickable panel above the cron.