Servers are back up after this weeks maintenance, and BioWare have deployed a new patch. The best news of all is that the refer-a-friend mount is in and retrospective. On top of that, I’ve just picked it up on my lv10 Marauder who has the first rank of legacy vehicles (i.e. can ride a rank 1 speeder at lv10) and not only can he use the Kurtob Alliance, it actually gives him 110% speed. So, 40k credits for an epic speeder if you can convince your friends to subscribe! Also remember that the Play free to level 15 starts today. Patch notes below the new refer-a-friend mount screenshot. 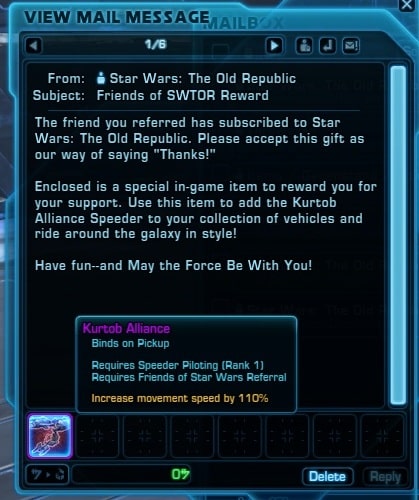